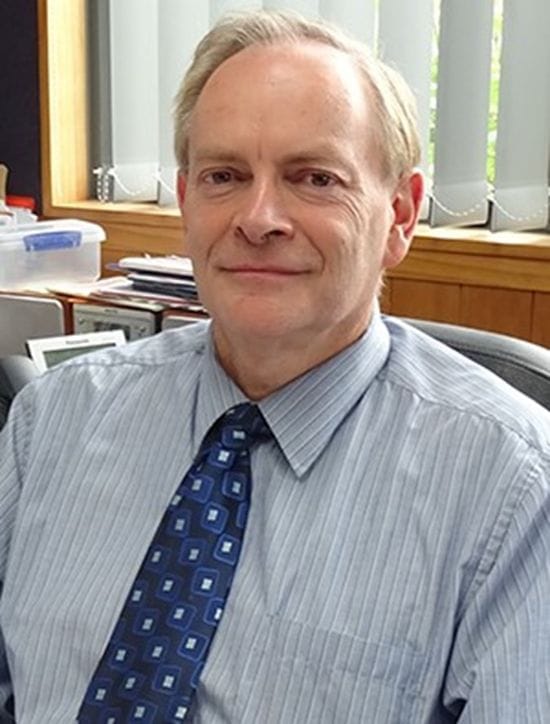 Seventeen years as a successful Principal of a large secondary school is noteworthy. Add to that a high profile in Catholic and national education in Aotearoa New Zealand and you sense the achievement of Patrick Walsh, currently Principal of John Paul College Rotorua.  His long stepping up to speak on many educational issues and developments shows a creative mind and broad commitment.

In 2019, Patrick was elected by his peers to the National Teachers Council. The Minister of Education subsequently appointed him the Deputy Chair. The recognition of leadership came from his extremely broad activity in teacher education, in teaching professional bodies and in advocacy with Government. He notes that his interest and engagement in national education leadership roles began when the De La Salle Brothers appointed him as the Deputy Principal of De La Salle College Mangere over 28 years ago. At that point a N.Z. teachers' council, to which he was elected, was just forming. Teachers and senior managers then were concerned about disciplinary processes and initial teacher training.

Thus began some decades of raising issues in Wellington government circles which he mentions in a PPTA News interview recently: issues like strong advocacy for teachers, and a high benchmark for pre-service training entry. In the late 1980's Patrick's return to study in laws- while teaching, led to his admission as a barrister and solicitor with honours qualifications, and a growing interest in education law. He began giving seminars to teachers on the "legal fish-hooks they face".

His later Masters in education led to increasing involvement in professional bodies. He was chosen at various times, the N.Z. Secondary Principals Association of New Zealand, the Schools International Education Business Association, and The Australia New Zealand Education Law Association (N.Z. Chapter). In 15 years, he has published/co-authored nine books largely on education law.

More locally, Patrick was appointed the Principal of John Paul College Rotorua in 2003. He perceived his new role as requiring much work to change staff morale, community perceptions and number of students 635 at that time, and now 1200 with a waiting list. It is now the largest co-educational Catholic school in New Zealand. The years 2015-17 saw him as Executive Principal and Project Leader of an innovative educational network of a "Faith-Based Community of Learning" involving nine Catholic regional schools. There have been leading achievements of students in decile 7 results, development of infrastructure, and personal leadership reviews over several recent years. Programs have included initiating scholarships with business funding, and mentoring Maori and Pacifika students.

It could be affirmed that in the Lasallian philosophy of education, John Baptist, in France, put a premium on educating his teachers, and raising their status- all for the benefits of their students. In 2019, Patrick was conferred as an Affiliated Member of the De La Salle Brothers in continuing the Lasallian ethos at John Paul College and previously in Mangere.

"I would strongly encourage all Catholic and La Sallian School principals to seek out national leadership opportunities when they arise. It is very much a form of 'service' in the La Sallian tradition. Our very own Founder, in fact, was a very politically astute and a strategic lobbyist."

The national leadership challenge, Patrick says, he now passes on to others. "Rather than lament and criticize Government policies and regulations", he urges teachers to "bring a professional and practical voice to political decision-making".

"There is nothing more worthwhile and inspiring than to be able to shape and influence the lives of young people. At times it is very challenging, but ultimately rewarding to see students emerge from school well qualified, confident and seeking to make a positive difference in the world."

Pursuing excellence in the classroom within a high-trust environment and empowerment of teachers are Patrick's goals, and a drive for Lasallians.