Recently, the Lasallian Youth students from Vanimo and Wewak travelled to Aitape to meet with the Aitape Youth for the tri-annual Momase Youth Gathering themed "Building Our Future-The Youths with Christian Values and Moral Ethics."

Aitape is a coastal town located in Aitape Lumi District in Sandaun Province of Papua New Guinea. The District was the host to our Momase Lasallian Youth Gathering according to our PNG context. Momase is a PNG region consisting of the following provinces: Morobe, Madang, and Sepik (East and West).

Upon arrival at St Martin's Pastoral Centre, participants were given a rousing welcome from the Aitape Youth with confetti and flowers. The event started in the evening with a Holy Mass and then the Official opening by the Catholic Education Secretary of Aitape Diocese. A hundred-plus youth gathered, and we concluded the evening with the Life Story of St John Baptist De La Salle.

In a beautiful, insightful and inspirational presentation, Sr Rosella Lasi, a Franciscan Nun, captured the hearts of those in attendance in her presentation titled 'Non-Violent Way of Life'.

The youth were asked to choose a descriptive word that describes their names with a matching first letter. A student named Cecilia chose Creative Cecilia, and a boy named Marcellino chose Magnificent Marcellino. Almost all participants came up with descriptive words that affirm who they are. They came to realise that names play a vital role in their development as a mystical person.

On the final day of the Gathering, the youth and the teachers went on a Pilgrimage to the Shrine of Arch Angel Michael at Tumleo Island in Aitape. In history, Tumleo Island was the island on which the first Missionaries set foot.

It was such a wonderful experience for all who attended. De La Salle chose Parmenie for solitude to talk to Jesus in prayer with all the challenges he experienced in his life. The youth, too, can make connections and realise the importance of Prayer. Finding their own Parmenie and talking to God about all their problems can help them in their lives. Just like St John Baptist de La Salle was helped.

This opportunity created a new bond with participants who were excited to build a stronger community of Young Lasallians in their local PNG Context. 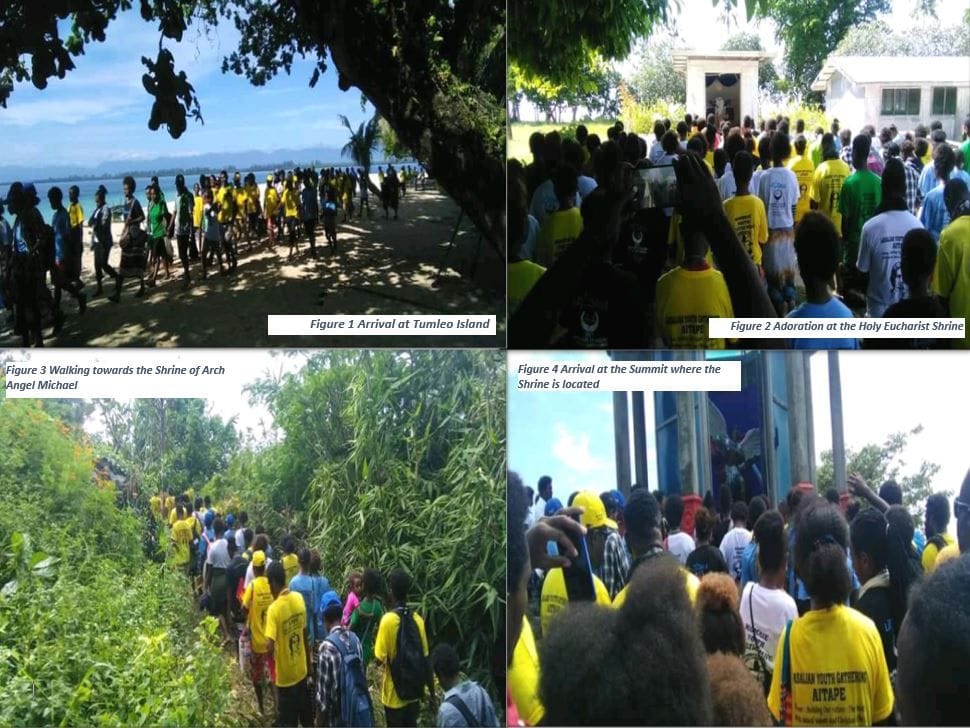