POWER RESTORED AFTER 9 MONTHS OF DARKNESS 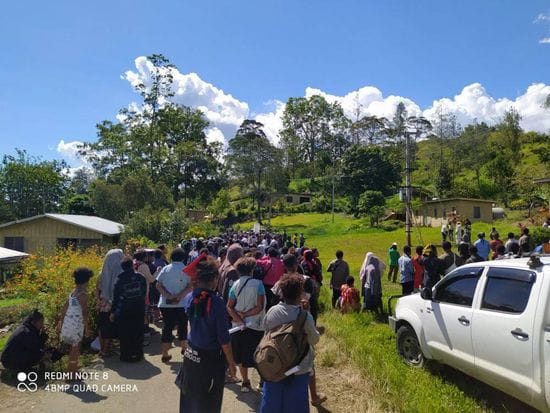 An incident between Rosary Secondary School students and Papua New Guinea Power employees in July last year sparked the disconnection of power. After nine months of negotiations and relationship building, the much-needed power has been restored.

During the nine months, the school relied on an erratic standby generator as an alternative source of electricity which coursed many problems to the school administration and academic operations. The generator eventually stopped working, which resulted in the school closing down.

The Student Representative Council President thanked and apologised to the PNG Power employees for the unacceptable behaviour that sparked the dispute. He further stated that the students learned from their mistakes and have suffered the consequences.  The PNG Power employees accepted their apologies, reconnecting the power in front of the teachers, student leaders, ancillary staff and the school administration. Tears of Joy were exchanged after the restoration event.