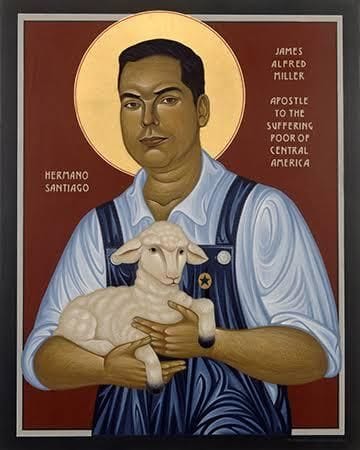 James Miller was born on 21 September 1944 in Ellis, in the northern United States. Growing up in Catholic family, he attended the local p1imary school and then Pacelli High School in Stevens Point, which was run by the Brothers of the Christian Schools. It was there that his vocation blossomed. His formation began at the Brothers' house of formation in Glencoe and then at Saint Mary's University in Winona. After religious profession in 1969 he decided to become a missionary. His pastoral ministry began in Nicaragua, where he remained from 1969 until 1980. Recalled to the United States, he remained there for only one year, but his heart and mind were always with the missions. He asked to be allowed to return to the missions and his supe1iors sent him to Guatemala, to the city of Huehuetenango, at the La Salle Indigenous Center, a school dedicated to rnral natives. The situation in Guatemala was very volatile: on February 13, 1982, he was assassinated because of his religious and educational work with the poor.

0 God, who, on account of the wonderful confession of your holy name, bestowed the glory of martyrdom on that wise teacher of the youth, Blessed James Alfred Miller, grant, we pray, that by his intercession we may remain firm in professing the faith unto death. Through our Lord Jesus Chlist, your Son, who lives and reigns with you in the unity of the Holy Spirit, God, for ever and ever.