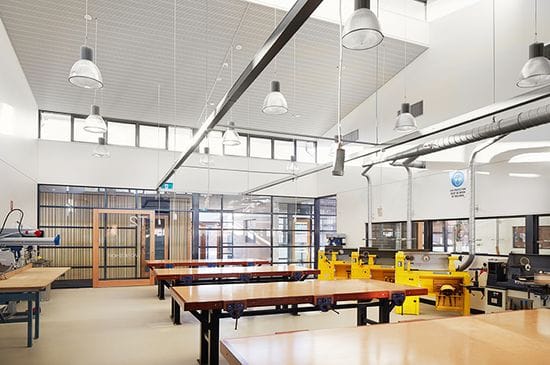 The Archbishop of Perth, the Most Reverend Timothy Costelloe will also bless the new centre, with Brother Visitor David Hawke in attendance as well.

Principal of La Salle College, Wayne Bull says it is the first time an Australian Prime Minister has visited the Perth school since it was established by the De La Salle Brothers over 60 years ago.

It relies on a partnership between Polytechnic West, La Salle College and St Joseph's College Northam to help students make a successful transition from school to work or further education and training.

It is also part of a national network of Trades Skills Centres which receive financial support from the federal government.

"The centre will engage students at the school, providing them with the pastoral care they need in a structured setting, while also giving them the skills necessary to transition away from school and into work or into further education and training", he explained.

The centre is named after Br Berkeley Fitzhardinge who was Principal of La Salle College during the mid 1970s and is currently based in the Broome Diocese.