Home >  Blog >  Reflection on the Birth of Jesus

Reflection on the Birth of Jesus 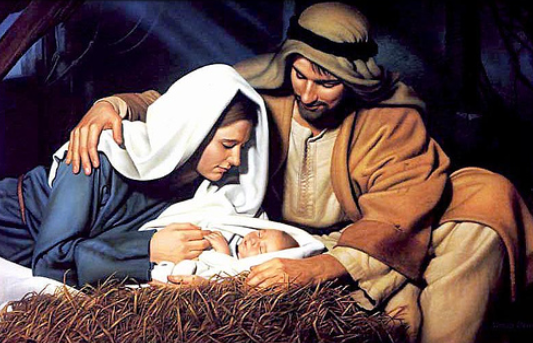 Now the birth of Jesus the Messiah took place in this way.

When his mother Mary had been engaged to Joseph, but before they lived together, she was found to be with child from the Holy Spirit.

Her husband Joseph, being a righteous man and unwilling to expose her to public disgrace, planned to dismiss her quietly.

We tend to focus on what happened next: Joseph is visited by an angel in a dream, and the circumstances around Mary's unexpected pregnancy are explained to him.

The marriage proceeds as planned.

We can fail to see the significance of what precedes that resolution.

Joseph is a man of integrity and very aware of the legal requirements that his faith places on him.

How he feels doesn't come into the equation.

Mary has been compromised and Joseph believes he has no choice but to end the betrothal.

He has been placed in a very difficult position.

If what has occurred becomes public, there will be scandal and Mary's very life will be jeopardised.

As we see later in the gospels, stoning was not unheard of.

But Joseph is a good man.

He needs to follow the dictates of his faith, but he wants to protect her.

He's both a man of justice and a man of mercy.

The interplay between justice and mercy has always needed much thought and prayer for people of faith.

We need to attend to both, and to resist the tendency to focus on one to the exclusion of the other.

If our hearts are focused on God, like the heart of St Joseph, we'll be shown how to navigate our way between those two realities.

(From Shane Dwyer- Face of Mercy Series during Advent).

Author: Shane Dwyer
About: Shane is the Assistant Director (Formation) and compiles an online Advent reflection program, The Face of Mercy.
Subscribe via RSS
Tweet