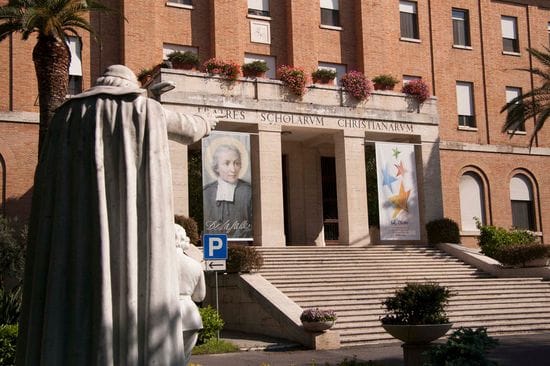 Amanda Proulx (Assistant Director of Formation for Young Lasallians) recently took part in a week-long workshop on the Institute's new Formation Guide, held at the Generalate in Rome.

This document is a project of the Secretariat for Formation, undertaken after a request from CIAMEL that a new guide be prepared which was for all Lasallians, both Brothers, and Partners. After many months of proposals, research, and consultation with Lasallians from around the world, a first draft of the new guide was prepared late last year. This was the document which participants in last month's workshop met to discuss and revise.

"It was an unexpected honour to take part in this project," Amanda has said, "both in 2017 during the research seminar which was preparatory to the draft being written, and in the revision workshop on the first draft. Having a single, practical Formation guide written by, and for, Brothers and Partners is an important step forward for our global Lasallian family."

Six Lasallians took part in the workshop, which was held 22-26 January: three members of the Secretariat for Formation (Brothers Jesus (Chuy) Rubio, Robert Schaeffer, and Felix Joseph) and three others involved in formation in English-speaking contexts (Brother Michael Valenzuela of the Philippines, Joseph Gilson of the District of Great Britain, Ireland, & Malta, and Amanda).

It is hoped that the final version of the new Formation Guide will be released later this year.