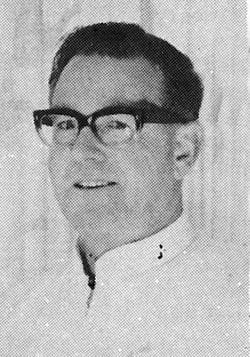 Tributes have been paid across Australia and New Zealand for Brother John Hanson from the Southport community in Queensland who passed away earlier this week.

He served in many different Brothers' communities across Victoria, New South Wales and New Zealand.

Br John was particularly fondly remembered by the staff and alumni from Francis Douglas Memorial College in New Plymouth where he taught Religious Education and Mathematics from the late 1970s into the early 1980s.

Br John had been unwell for some time and had been a resident at the retirement home, Villa La Salle in Southport since 2006.

The Francis Douglas Memorial College Foundation has paid tribute to him through its Old Boys' Blog, describing Br John as a gentle, caring and humble man who was always a pleasure to be around.

He was a great example of a Lasallian role model who was happy to "walk with" others.

The Burial Service for Br John will take place at Oakhill College in Castle Hill on Monday 30 November at 9:30am.