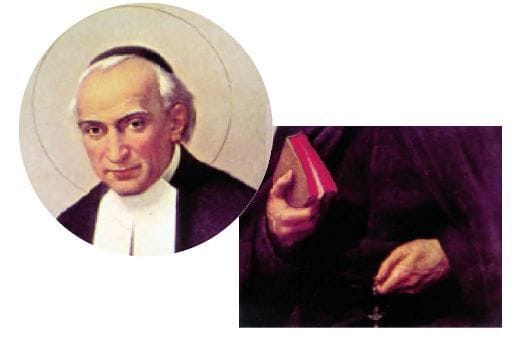 He is the first of these everyday saints, canonized in 1967. He came from a farming family, those who earned heaven and their bread from the land. He lived during the Restoration times, with a war raging, while political storms shook Europe. None of this succeeded in shaking his total dedication to the one purpose in his life, his apostolic ministry in the primary schools of Aurillac, Limoges, Moulins, Clermont and Billom, before moving to Saugues, where he laboured for the last twenty years of his life.

Nothing very exciting marked his character, his intellect or his apos-tolic work. There is no grand apostolic undertaking to record; no learned speeches, no pedagogical or ascetical publications, no new foun-dations or reforms initiated. There was nothing special about him, one might say. Unbelievable, but true This modest existence proved to be a se-rious obstacle to his canonization. I would like to quote here what Brother Leone Napione, Postulator at that time said when he introduced the new saint in the "aula magna" of Rome's Sacred Heart University, on October 28th 1967, on the eve of his canonization: "When Sainte Thérèse of Lisieux was canonised, her 'little way' was not formally recognised. It was similar to the 'very little way' of Brother Benilde. It was then inevitable that the Promoter of the Faith, popularly called 'the devil's advocate,' should use this statement of 'nothing extraordinary' to deny the heroism of Brother Benilde' virtues. And with what ardour he did so ! That was his role, no doubt, but perhaps it was out of conviction that he raised this animadver-sion, or objection, at every stage of the process - in the introduction and then at the three successive stages. The defence lawyers used the cleverest pleading imaginable to oppose the objection: first one lawyer, then a sec-ond who finally gave up and was replaced by a third, who argued more boldly and mustered even stronger arguments. It was Pope Pius XI who saved the humble Brother Benilde from this so often repeated objection. He was a great Pope, one with eyes looking toward heaven and with his Alpine climber's feet firmly planted on the ground. It was he who made the proclamation, first in somewhat restrained words in the more intimate setting of the general Congregation, but later fully orchestrated in the public address of January 6th 1928. The Pope affirmed the possibility of reaching heroism by fulfilling perfectly one's daily duties. This truth had remained eclipsed until then. The Pope felt that it should be fully dis-played, to shine for ever. In these words I only quote the gist Pope Ratti expressed himself:

"What is extraordinary, great events, splendid enterprises simply by be-coming known arouse and awaken our best tendencies, acts of generosity, dor-mant energies often hidden deep in the soulBut what is common, what occurs everyday, what does not stand out, what is not brilliant, does not excite us and fascinate us. But the life of so many people is like that. It is usually woven around common, daily events. For this reason the Church appears to us very wise when we are invited to admire examples of the commonest and humblest everyday virtues, all the more precious because humble and common. How often do we have to face extraordinary events in life? Very seldom. Woe to us if holi-ness were to be tied solely to those extraordinary circumstances. What would most people do? And yet the call to holiness is made to all without distinctionHere then is the great lesson this humble Servant of God brings us once again: holiness is not attached to extraordinary acts, but rather to common, everyday acts performed in an uncommon way".

In this way, holiness came to be presented as unsophisticated, as built into the very fabric of everyday life, family life, professional life, civil life, religious life. What a difference there lies between what we see and a reality that was extraordinary, as in Brother Benilde's case".

His liturgical feast is on August 13th. 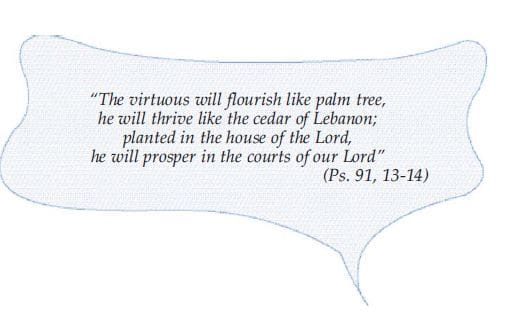