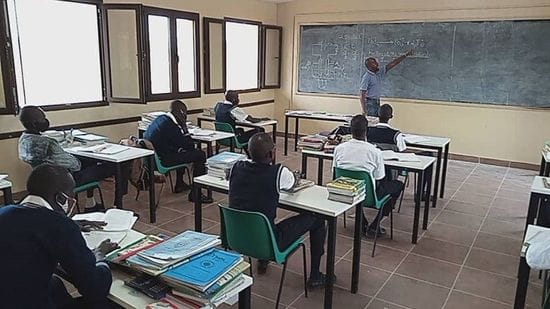 The La Salle Brothers, sometimes also known as the Institute of the Brothers of Christian Schools, have stayed true to their founder's mission of providing education.

When Saint John Baptist de La Salle founded the Brothers in France in 1679, he only had a handful of men to help him. By the time he died in 1719, there were 100 Brothers in 22 schools. Today over 5 000 Brothers and many lay co-operators continue the De La Salle tradition of education worldwide.

In Rumbek, South Sudan, the Brothers are running a fairly new high school, reconstructed after the war ended in 2018 when the warring politicians agreed to a transitional Government of National Unity.

Rumbek is about 370 Kilometres northwest of South Sudan's capital, Juba.

The Director of the La Salle School of Rumbek, Brother Joseph Alak, recently told Vatican News about what this school of 153 boys, aged 14 to 16, means to the people in post-war South Sudan.