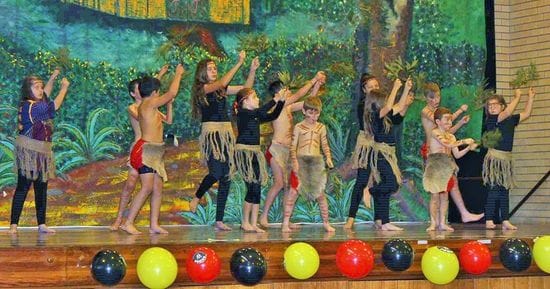 Students and staff at Southern Cross Catholic College in Brisbane have celebrated Indigenous culture through a prayer assembly and traditional dance performance during NAIDOC Week.

The national event is held annually in the first week of July to celebrate the history, culture and achievements of Aboriginal and Torres Strait Islander peoples.

NAIDOC is named in honour of the committee originally responsible for organising the event in the early 1990s- the National Aborigines and Islanders Day Observance Committee.

Each year, a special theme is selected for the event with the 2016 theme dedicated to "Songlines: The living narrative of our nation".

For Indigenous Australians, Songlines record the travels of ancestral spirits and are celebrated in traditional songs, stories, art and dance.

They reflect ongoing and significant spiritual and cultural connections to knowledge, customs, ceremony and folklore of many Indigenous language groups.

To mark 2016 NAIDOC Week, students from the Garanyali Dance Group performed during a special Prayer Assembly at the primary Delany Campus of Southern Cross Catholic College.

God you love the poor,

And bring freedom and hope

To the suffering and dispossessed.

Walk with us as we continue in humility

Our journey of healing of our relationships

With the Aboriginal and Torres Strait Islander Peoples.

We ask this in the name of Christ, the Healer,

And the Spirit, the Reconciler.