Posted by Jordan Grantham on 4 December 2018 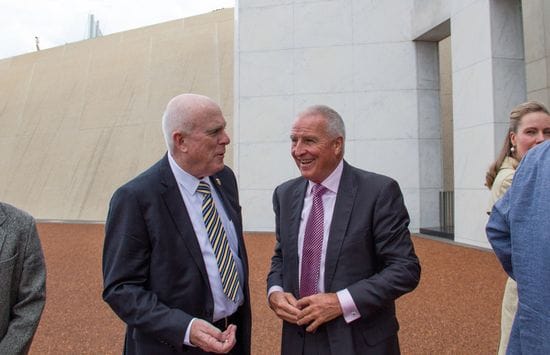 The sweeping vistas of Australia's capital city were stunning surrounds for the 2018 Canberra Reunion of De La Salle students and friends on November 29. Lasallians young and old reunited in the Members and Guests Dining Room of Parliament House to celebrate the friendship and formation they received at schools throughout Australia and beyond.

Dignitaries present at the jovial dinner included Br David Hawke FSC, Visitor of the District of ANZPPNG and Chris Hayes MP, opposition whip and De La Salle College, Revesby Old Boy, who has sponsored the dinner for the past ten years.

"Please pray for more vocations, so that that gift of the brothers that you experienced in your schools, other young people in the future will also experience," Br David encouraged.

Chris Hayes MP shared news from his recent observation of De La Salle efforts against extrajudicial killings in the Philippines.

"What the De La Salle community were doing to look after the families of the victims was absolutely extraordinary, something that everyone here should be extremely proud of," Chris said. 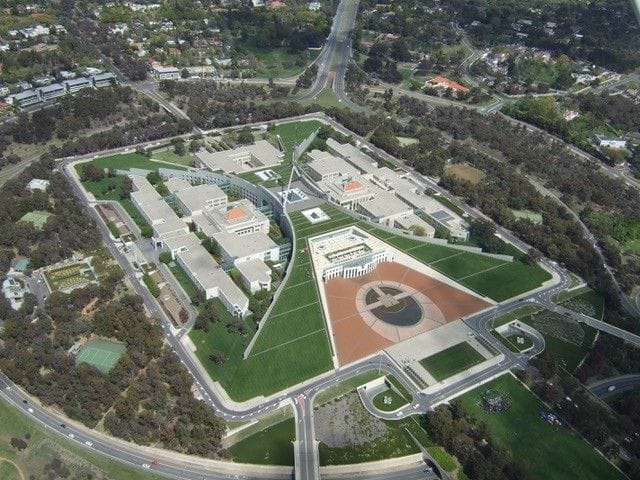 The Members' Dining Room, Parliament House looks out to Lake Burley Griffin, the Australian War Memorial and is a short journey to the New Zealand, Pakistan and Papua New Guinea High Commissions, countries included in the local district of the De La Salle Brothers.

A tradition for over 40 years, the reunion commenced with a Mass in honour of St John Baptist de La Salle for the souls of former students at Transfiguration Parish, Curtin, celebrated by the recently ordained Fr Adrian Chan, himself a Lasallian graduate, from St Joseph's Institution, Singapore.

"It was a chance to thank God for raising up St John Baptist de La Salle and for the mighty men of De La Salle who for the past 300 years have followed faithfully in his footsteps," John Hogan said.

The community is well known to John, an aviator and organiser of the dinner. John recently celebrated 60 years since commencing studies at De La Salle College, Malvern. He went on to formation at the former De La Salle Juniorate, Burradoo, as did other reunion attendees including Bob Wilson, Br Pat McCarthy and John Grant.

The dinner has hosted a plethora of pollies and public servants over the years, including the Hon Paul Keating, 24th Prime Minister of Australia and former student of LaSalle Catholic College, Bankstown.

"He gave a wonderful off the cuff speech on his regard for the Brothers and his time at Bankstown," John Hogan said.

A humourous encounter followed that year when John Howard, another Canberra Lasallian, was planned to give Paul Keating's speech a reply. This John Howard is an internationally regarded expert in customs and was temporarily confused with Keating's mortal foe, the Hon John Howard, 25th Prime Minister of Australia.

Canberra Lasallian community members mostly moved to the region but many also attended the former De La Salle College, Cootamundra. The school's legacy lives on in Sacred Heart Central School, which began after a merge with the local Mercy Sisters school. The late Msgr John Hoare, former Vicar General of the Archdiocese of Canberra and Goulburn, was a Cootamundra Lasallian. The late Br Aloysius Carmody FSC was another prominent Lasallian presence in Canberra when he served as Director of the Federal Catholic Education Office.

The group plans a major celebration for the 2019 Tercentenary Year, hoping for representatives from each school for a function at Parliament House.