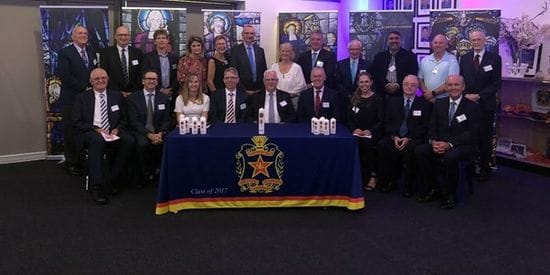 Without any fanfare, but signified by a prayerful Transition Ritual, there was a significant change to the St Bede's College governance structure on Thursday 22nd May when the Company Membership was transferred from the Trustees of the De La Salle Brothers to the Lasallian Mission Council (LMC).

The transfer of Company Membership, fully supported by the St Bede's College Board, was the third stage in a process of engaging lay Lasallians in the governance of the six incorporated entities in the Australian Sector of the District of ANZPPNG, in conformity with a decision of the District Chapter of 2012. An emphatic expression of association. 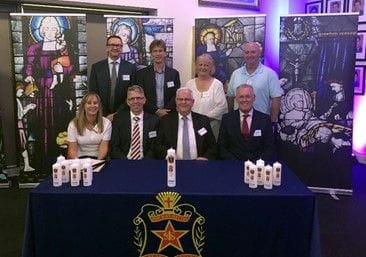 The process of Membership transfer has been undertaken in a deliberately measured manner so as to ensure that the local Boards of the incorporated works have had the opportunity to be fully informed and involved. St Michael's College Adelaide was the first college to be transferred to LMC (25th May 2017) and the Lasallian Foundation was transferred on 12th February 2018. It is anticipated that the process for the transfer of yourtown and the other two Colleges (Oakhill College, Castle Hill and De La Salle College, Malvern) will be completed in the next twelve months, after a similar process of engagement between LMC and the Boards.

It is important to note that the role of the St Bede's College Board Directors does not change: they remain the key governing authority of the College, to whom the Principal is accountable. The change is that the St Bede's Board itself will now report to LMC rather than to the Trustees of the De La Salle Brothers (District Council). It is also important to note that LMC itself does not operate independently of the Brother Visitor (Br David), but is accountable to him as the ultimate civil and canonical authority in the District. 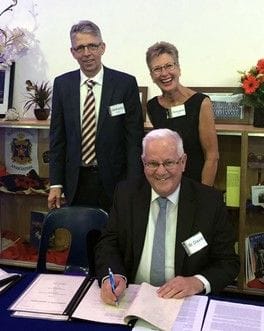 Prior to the Transition Ritual and dinner held in the Function Centre, a combined meeting of the St Bede's Board, the District Council and LMC was conducted as an opportunity for final explanations and questions and to clarify the new reporting relationships.In addressing the group during the Transition Ritual, Br David drew attention to the application of the words of the opening song, Standing on the Shoulders: "Our opening song reminded us that 'we are standing on the shoulders of those who came before us'. This evening I am very mindful of the various former Board Members and Principals on whose shoulders we stand," Br David noted.

At the same time the Ritual drew attention in the first reading (attributed to Archbishop Oscar Romero) to the future-looking stance of current Directors and Council Members: 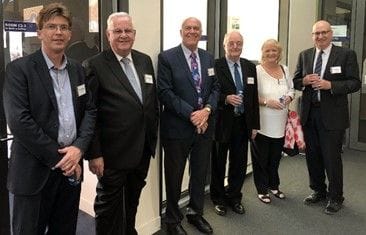 " We may never see the end results, but that is the difference between the master builder and the worker. We are workers, not master builders, ministers, not messiahs. We are prophets of a future not our own."

On behalf of the District Council and the Lasallian Mission Councl, appreciation is expressed to Mr John Finn (Principal) and Ms Jo Hynes and other staff of St Bede's College for hosting this significant function as well as various other meetings over two days.

Congratulations and best wishes to St Bede's College and the Lasallian Mission Council on this new partnership in "the human and Christian education of the young, especially the poor".