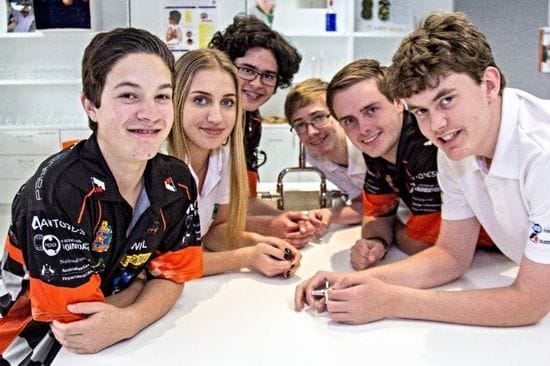 A team of talented students from St Bedes College Mentone are representing Australia this month at the prestigious Formula One in Schools World Final in the United States. 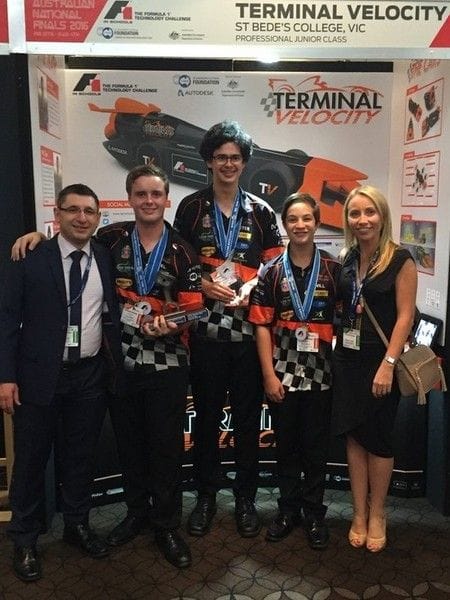 The three St Bedes students- Peter Russell, Joel Bright and Will Clifton are competing alongside three students from Brighton Secondary School in Adelaide as part of the Infinitude Team at the finals from 14-19 October in Texas.

The Formula One in School Technology Challenge is the world's largest secondary school technology program, involving 17 thousand schools in over 40 countries.

The program is aimed at encouraging students to pursue careers in Science, Technology, Engineering and Mathematics (STEM) through a series of fun, interactive activities followed by a professional Formula One racing team.

The students learn not only the mechanical engineering skills needed in designing and testing a miniature car for the competition, but also the project management and marketing skills needed to engage with corporate sponsors.

The St Bede's students have helped raise a remarkable $65,000.00 through sponsorship, donations and fundraisers, far exceeding their goal of $55,000.00 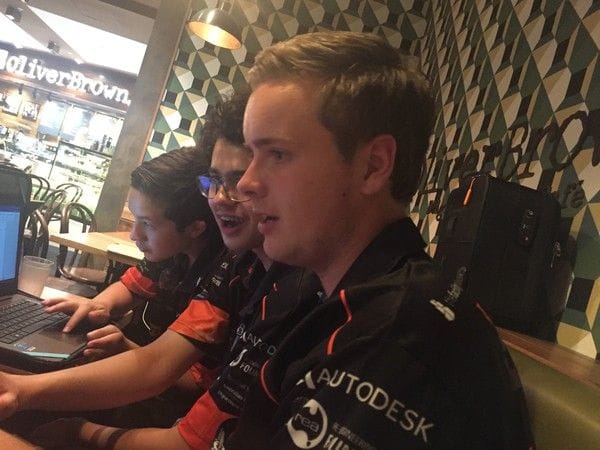 The National Coordinator of the Formula One in Schools program in Australia has praised the St Bede's students for their graciousness, humility, passion and enthusiasm and said he was confident they will represent their college and country with honour.

In the lead up to the world finals, the students have devoted many hours to research, testing and designing their model car and putting together a Pit display for the big event in Texas.

Their achievements are in no small part also due to the hard work of the staff at St Bede's College, particularly Professional Learning and Lasallian Facilitator, Mr Mark Micallef.