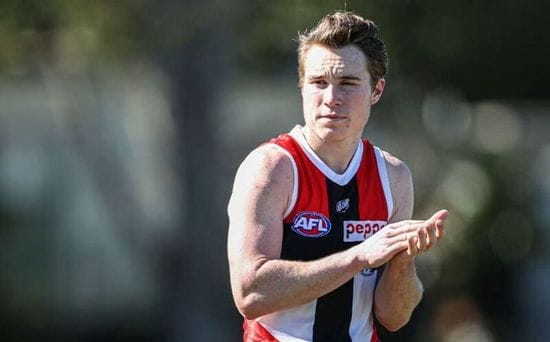 After being drafted by the Saints in 2019, Ryan was given his opportunity following strong form at reserves level.

The 19-year-old, was given the news by St Kilda coach Brett Ratten, in the presence of his teammates, as well as parents Justine and Danny who were present via ZOOM.

Ryan's leadership credentials were evident in his early years at St James and it came as no surprise when he was elected to the position of College Captain in 2017.

Ryan went on to captain the Sandringham Dragons in the AFL Under 18 competition and he won the Best and Fairest Award for that club in 2019.

Many experts regard Ryan as a ready-made footballer, but his chances of squeezing into the senior line-up in his first year appeared slim. However his attributes of persistence and hard work have seen him earn his place this week.

All at St James College wish Ryan the very best as he begins this exciting new chapter in his life.