Posted by Merv McCormack on 1 October 2021 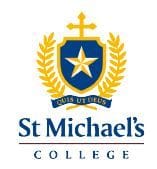 The announcement of the decision by John Foley, the distinguished Principal of St Michael’s College, Adelaide, to conclude his leadership of the College at the end of 2021, will mark the culmination of an extraordinary 17 years of dedicated leadership of the school. After completing eight years’ service as Deputy Principal, John was appointed College Principal where he faithfully and professionally led the community for nine years.

The accompanying announcement from the St Michael’s Board Chair highlights a significant number of accomplishments during John’s remarkable leadership; remarkable in length of tenure, and remarkable in his commitment to those he led, or as John would rather put it, to those he had the privilege to serve.

We Lasallians speak of zeal in our dedication and loyalty to the mission. These were not just words to John- this was a truth which he lived. Service and duty mattered to him. He stood for what he believed – his spirit of resilience was fundamental, accompanied by his good humour, with an uncommon common sense where he took responsibilities seriously, but not so himself.

John believed in the dignity of all people, and when confronted with the frailties of others, which is part of the life of a leader of a large community, he responded with characteristic respect and sincerity. He was always alive to the plight and suffering of others.

Informed and well- read, John remained open to honest argument. He listened respectfully to the views of others- his humility always allowed for such learnings. But he was equally unafraid to hold the line when he had thoughtfully crafted his position. John’s leadership was marked by both strength and gentleness.

Earlier this week, John told me that although he was leaving St Michael’s, he knew how deeply he would miss it. Fortunately, John expects to remain part of the Lasallian family. As he moves into leadership at Catholic Education South Australia, his words are reassuring for the Lasallian mission.

John was my colleague, but more, my friend. I will miss our regular interactions. We, in the Lasallian mission, have been immensely privileged to share in the gifts and the goodness of John Foley.