Posted by Olivia Peressin on 11 February 2021 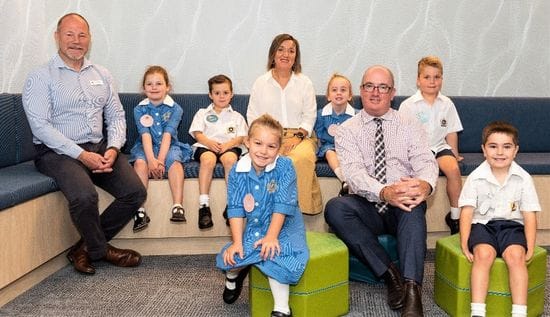 Sixty-five years ago, the De La Salle Brothers were invited by the Archbishop of Adelaide to provide an additional, quality Catholic education option in the Western suburbs, to meet the needs of the growing population. St Michael's College was established and opened with just 29 boys at inception. Today, this vision remains unchanged; to continue to school our growing community. It's been a fruitful journey to date, from adding a second campus at Henley Beach in 1967, then welcoming girls in the early 70s to undertake their final year of schooling, evolution is the backbone of the College's spirit.

The shift to co-education was momentous not just within the College, but in wider society. It signaled changing times. The years that followed saw the Year 8 cohort become co-educational in 2008, and the College welcomed 272 new Year 7 students to a secondary education in 2019. The next progression of this story was the development of a R 12 co-educational model which reflects a world in which women and men collaborate, work, live, lead and succeed as equals.

On 27 January 2021 the next chapter in the history of St Michael's College was written, as the College welcomed the newest members of the community to the Primary Campus, the first Reception co-education cohort.

As families walked through the doors some familiar faces were noticed, with 19 old scholars' children forming part of the Class of 2033 cohort. Here's what some had to say:

"I have two daughters and it was always my intention to send them to the Secondary Campus the week we found out that St Michael's was going co-ed in 2021 we enrolled immediately and were delighted to accept the offer." David Sorby (Class of 1991)

"The teaching staff at St Michael's have always gone above and beyond their duties to help the students and you don't get that often. The best thing is that I still see this today with my children. St Michael's is more than a school, it is a family." Peter Mercurio (Class of 2000)

"My time at St Michael's played a huge role as to why we enrolled Ella, it has always been a great school, one which three generations of our family have attended. I think the thing that has meant the most to me are the friendships I still have from school. The friends that I still have today, we are going on 35 + years of friendship, even though we have all been spread out all over the country." Adam Nicks (Class of 1993)

"I think going co-educational was a brilliant decision and I'm very supportive of this. I have a younger daughter, and my wife and I have always wanted our children to go to the same school. When the school announced it was going co-ed, we immediately sought enrolment for my son, and will do the same for my daughter." Steve Hatsitsopanidis (Class of 2001)

"I had a positive experience at SMC - the ethos of the school and the good memories made it a very easy decision to send Nicholas. I am looking forward to watching my children be provided with a great education, have fun and develop as individuals. I'm excited to be on the journey." Steve Hatsitsopanidis (Class of 2001)

Nerves and excitement filled the brand new Early Primary Centre as students met their teachers and classmates for the first time. After a send-off from family members, the Reception students settled in to begin their schooling. As they embark on their thirteen-year journey at St Michael's College, we look forward to seeing these young people explore their curiosities, flourish and fully realise their potential.