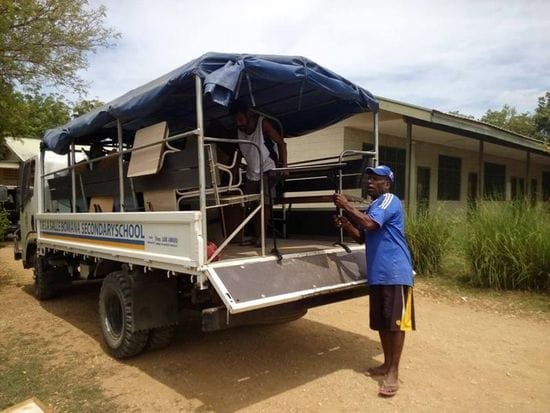 Schools across Sydney and Melbourne have been actively donating textbooks, furniture, stationery and other resources to help our fellow Lasallians in Papua New Guinea. 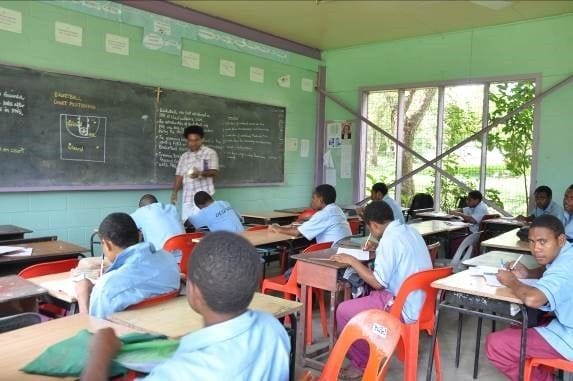 Lasallian Foundation volunteer Michael Brosnan has joined with a group of De La Salle Brothers based in Bomana to unload the containers to distribute to PNG schools and teachers colleges.

Meanwhile in Sydney, public and Catholic schools have responded generously with large donations of classroom furniture and books bound for PNG later this year. 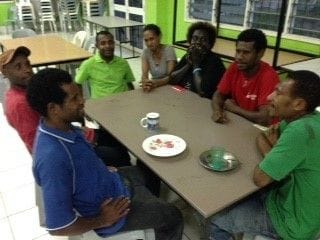 It follows a highly successful campaign last year in which 11 Sydney schools made generous donations which have since been distributed to those in greatest need in Papua New Guinea. 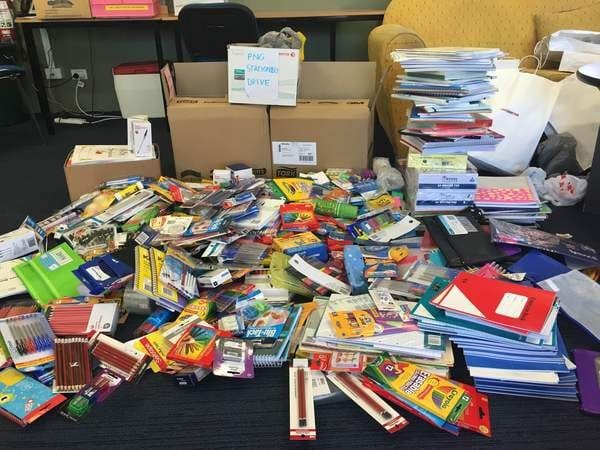 Sydney-based schools who would like to contribute to the campaign can contact the Lasallian Mission Council's Operations Manager Julie Alibrandi or Communications Officer Michael Kenny.

Lasallian youth ministers are also coordinating a school-based campaign, calling on students from the eight Lasallian schools in Sydney to donate new and packaged school supplies and stationery to be sent to PNG.

There has been a particularly positive response to this campaign from students at De La Salle College Caringbah (see picture on the right) and the donations will greatly enhance the teaching and learning experience for Lasallian students and teachers in our closest neighbour.