Home >  Blog >  Superior General to visit our District in April

Superior General to visit our District in April 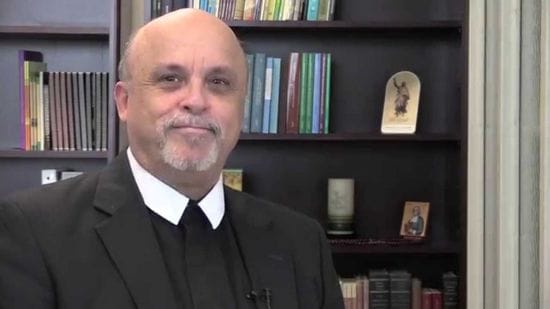 Lasallians from across our district are looking forward to welcoming the Superior General of the De La Salle Brothers, Robert Schieler on a visit to schools, Brothers communities and Lasallian works in April.

United States-born Br Robert was elected Superior General in May 2014 after spending seven years as a General Councillor for the Lasallian Region of RELAN (USA and Canada).

He also spent 13 years as a missionary in the Philippines and holds a doctorate in Educational Administration.

Br Robert will be arriving in Australia on 18 April and will be attending the Lasallian Educators Conference in Perth where he will deliver a keynote address to delegates.

He will then travel to Adelaide for a visit to St Michael's College on 20 April.

Alongside Br Robert at the Lasallian Educators Conference will be Pacific Asia Regional Councillor Br Ricky Laguda who is returning to Australia after a visit late last year.

The Superior General will also be visiting Melbourne and Sydney, including visits to schools and Brothers communities and meetings with senior secondary students and other Young Lasallians.

During his visit to Brisbane on 22 April, Br Robert will be visiting the BoysTown offices in Milton and enjoying a lunch with the Brothers community in Logan.

He will then travel to Papua New Guinea on 24 April and will visit schools in Bomana and Hohola and attend a meeting of the PNG Mission Action Committee.

Br Robert will then return to Sydney on 27 April and hold further meetings with Brothers and members of the Lasallian Mission Council before departing the district on 1 May.

A detailed itinerary for Br Robert's visit is included here