Suzanne Aubert moves one step further on path toward sainthood 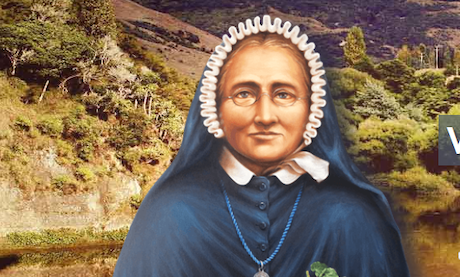 A plausible miracle attributed to her has been referred to Vatican doctors for scrutiny.

New Zealand Catholic bishops, in Rome for a pilgrimage and a meeting with Pope Francis last week, discussed the possible canonisation of Suzanne Aubert with the Congregation for the Causes of Saints, the Vatican agency responsible for studying sainthood nominations.

Bishop of Hamilton Stephen Lowe said the discussions with Cardinal Giovanni Angelo Becciu, Prefect of the Congregation were very positive.

"Two medical experts will examine the extensive reports of the possible miracle attributed to Suzanne Aubert," said  Lowe, who is also Secretary of the NZ Catholic Bishops Conference and one of the five New Zealand bishops in Rome for an Ad Limina Apostolorum visit.

"If one of the two doctors' findings is positive, it will then be referred to a medical board. If their report is positive, a theological commission will then examine the doctors' reports."

After that, if then approved by the Congregation for the Causes of Saints, the outcome will go to Pope Francis for his approval, and New Zealand will have its first "Blessed."

Proof of a second miracle will be required for Suzanne Aubert to reach the next step, being canonised as a saint.

The New Zealand bishops approved the start of her sainthood process in 1997.