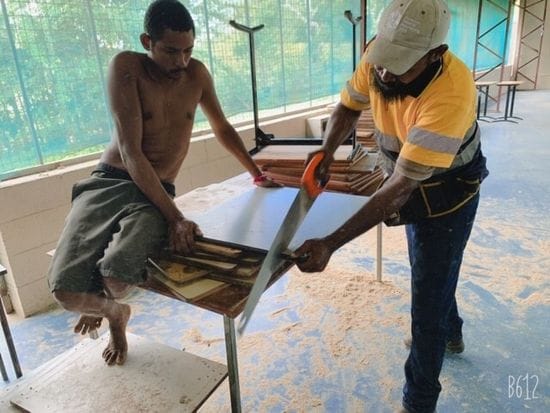 When De La Salle Cronulla decided to rejig their classrooms to allow for better group work, 200 desks were made redundant.  Rather than throw them out, or store them, they decided to gift them to De La Salle Bomana.

For many years containers of used educational items have left Melbourne and Sydney for Port Moresby. In a recent one from Sydney, as well as the desks, there were chairs and whiteboards from Cronulla, library shelving from Caringbah, computers, books and all sorts fo useful items needing re-purposing from Marrickville, Lakemba, Bankstown and Oakhill.

Students from Lakemba, and staff from Ashfield helped with the packing and sorting.

In Port Moresby after unpacking and distributing to 7 institutions, one interesting task at De La Salle Bomana was reducing the size of the single desks. The reason - class sizes in Australia are under 30  - in Port Moresby, even senior classes have more than 60 students, and the classrooms are often not as big.

PNG students were delighted with the end result, where now each student had his own desk. 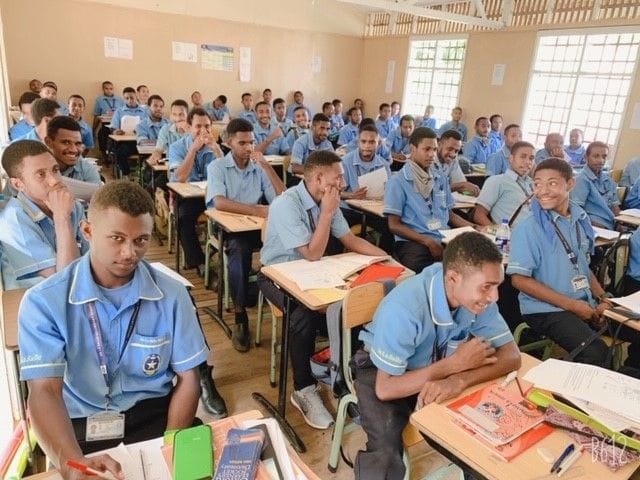