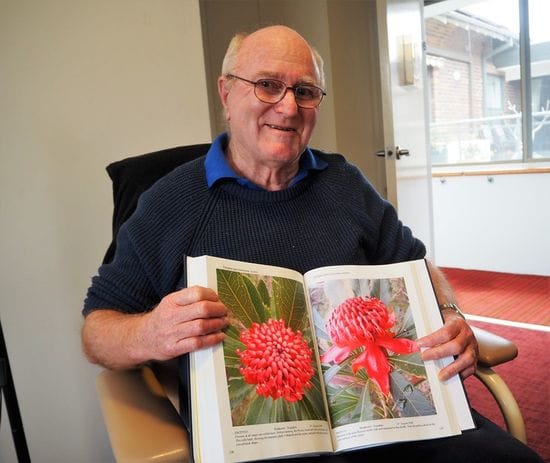 Br Tony Gaul's greatest pride is the success of former students, including a Cambridge Professor, some of New Zealand's pioneering woman doctors and leading research scientists.

"I enjoy seeing how senior students have got on in life," Br Tony said with a smile. January marked 60 years since his reception of the De La Salle habit in 1959, which was followed by formation and a long career teaching science in De La Salle schools across three countries, in New Plymouth, NZ, Malvern, Mentone, Armidale and Mt Hagen in Papua New Guinea.

Br Tony's enthusiasm for science often planted the seeds of knowledge and learning that shaped the rest of people's lives. He was impressed by students with enquiring minds and encouraged them to delve as deeply into their interests as they could.

Decades ago, one parent expressed frustration at the time and effort his son put into a school science project examining agriculture in north west Victoria. Markers were bamboozled, thinking the extraordinary project must have plagiarised from a university project. Time vindicated that young man and teacher, the long-term result being "he became a scientific researcher at the Department of Agriculture," Br Tony said.

Likewise, he was impressed by the talent of female students from Sacred Heart College, New Plymouth, who visited Francis Douglas College's science faculty for classes. Some of these science students went on to join the generation that mainstreamed woman doctors in the 1970s.

Br Tony went on to complete his own doctoral study through Monash University's Department of Earth Sciences, focussing on the geology of the Tolmie Highlands in Victoria.

Tragedy struck in the late 1990s when he fell from a ladder in Papua New Guinea, suffering permanent brain damage that limited short term memory and concentration.As a sign of his will power and passion for science, he has pursued the personal project of photographing and cataloguing over 300 Sydney basin flowers, published in two large volumes.

He credits the De La Salle Brothers for his teaching achievements and having such a meaningful and beautiful life.

"I could not have achieved nearly as much as I did without the brothers," he said.

Br Tony is imbued with a sense of admiration for others, especially those sincerely living the religious life of prayer and community.

He greatly enjoyed the award-winning French film Of Gods and Men (2010) that portrayed the true story of a religious order massacred during the Algerian civil war. The monks were recently beatified by Pope Francis, in recognition of their extraordinary sanctity and ultimate sacrifice for God and their local community.

"I found that very inspiring," he said.