The Young Lasallians Team Continues to pass on the flame 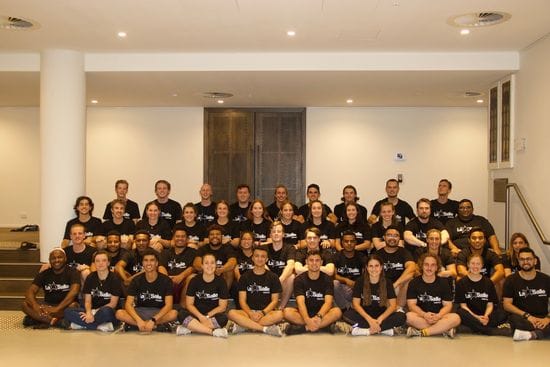 Cathy Freeman did it in 2000, at the Olympics, making it our Olympics celebrating Aussie identity. How to do that as Church, as young people today? The Young Lasallians pursues it with gusto, through connecting, inspiring and commitment in the network of 25+ Lasallian schools. In 2014 there were nine Youth Ministers in Lasallian schools; now the team is 28. With COVID-19, innovation is demanded, and the Team hosted an online reunion of Youth Ministers in September 2020.

Eighty previous ministers from earlier years were invited: 24 could take it up, as "one hour of power". Different 'generations' from 2014 onwards acknowledged Country, told their stories and connected again, building relationships whilst having fun. There were two small group conversations, Lasallian trivia and a closing liturgy. All involved sensed they were part of "larger ongoing story, standing on the shoulder of many others" said Philippe Dulawan, Director Young Lasallians.  Passing on the Lasallian torch and finding positivity in one's personal life is all part of the story. Lasallian creativity, through the technology of Zoom, Kahoot and Menti, has fostered a new dynamic way of meeting our ongoing needs of connection, belonging and reflection.

In a fascinating way, it was furthering innovation and traditions of many years back. Sparked by the Second Vatican Council (1962-25), renewal and 'reading the signs of the times' pushed Lasallians to find new ways to teach, and to take on, living  faith, community and service. The first phase (1970's-1980's) was taking it out of the classroom through Christian Living camps and retreats the journey was religious as well as physical. Brs. Bernie Neville, Bill Firman, Pat McCarthy and many other brothers and sisters formed retreat teams, often with young lay members. A second stage (1990's -2000's) saw Brs. Mark McKeon and Tony Cummins build up Lasallian Youth Ministers and Lasallian Youth Leaders in schools and Volunteer programs in Balgo Hills and even Asia. The baton passed to Lasallians in Stephanie Lloyd, James Camden & others, as a third stage, taking up to the present dynamic "Dream Team" of Philippe, Amanda, Damian, Sebastian and others.

The tradition lives on, is adapted and contextualiesd for the current need. In 2019, the Team ran 93 events, engaging with 15,000+ students. The dynamism of the Young Lasallians animates and networks the community of Youth Ministers in schools, Lasallian Volunteers (up to 20 each year), Youth Gatherings and events. There are mobile on-site retreats and gatherings across Sectors of the District. The Young Lasallians Team keeps that fire of the Gospel going building community and faith through friendship, through service projects, via volunteering, focused not so much on the self, as on peers who are doing it well, and those doing it tough, on the margins.

The new "signs of the times" are solidarity, hope and joy on the journey. 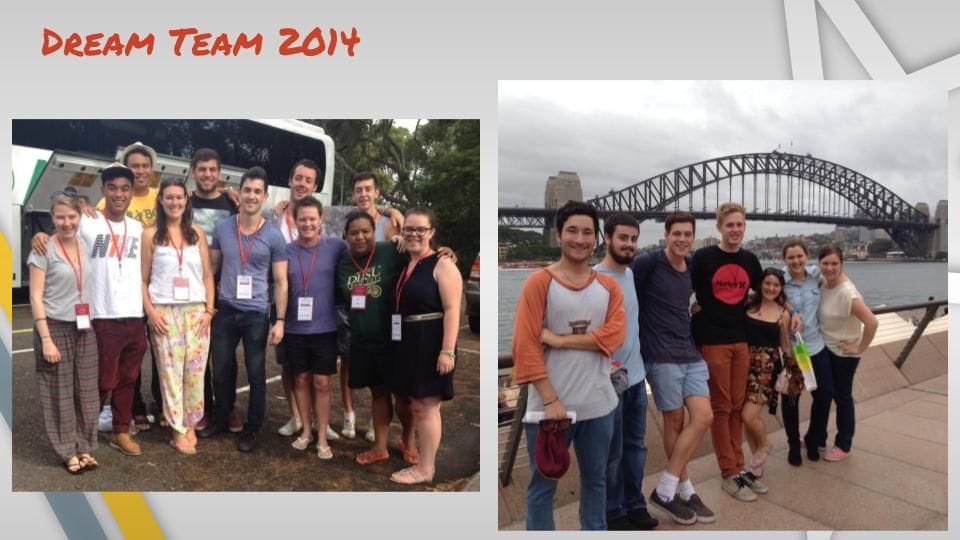