In Adelaide on Thursday 25 May, a historic event took place in the District of Australia, New Zealand, Pakistan and Papua New Guinea (ANZPPNG) with the transfer of Membership of St Michael's College by the Trustees to the Lasallian Mission Council (LMC).

St Michael's is the first of the District's De La Salle works to be transferred to the LMC.

Signing the Memorandum of Understanding (MOU) between the Trustees, the LMC, and the St Michael's Board, were Marie Dorrington, Chair of St Michael's College Board; Br Visitor, David Hawke; and Executive Director of the LMC, Merv McCormack.

The transfer of membership is a confirmation of the strengthening relationship between LMC and the District's incorporated works. 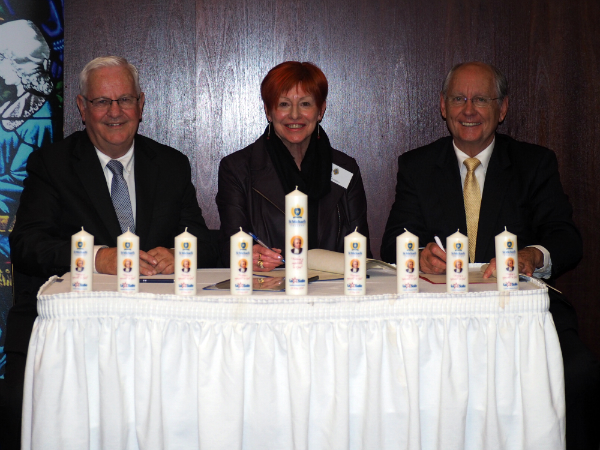 Br David noted that, "The signing of the MOU begins yet another chapter in the governance of Institute-owned schools in Australia.  In 1991 when Br Paul Rogers was Principal, an Advisory Board was established at the College with the late Jenny Bourne as Chair. Our opening song reminded us that 'we are standing on the shoulders of those who came before us'. This evening I am very mindful of the various former Board Members and Principals on whose shoulders we stand," explained Br David.

Br David spoke of the 2004 District Chapter which approved the incorporation of Lasallian works in Australia- BoysTown now yourtown; the Lasallian Foundation; and the four Colleges. On 21st December, 2005 the Trustees incorporated St Michael's, the first of the Colleges to have done so, and a Board of Directors was appointed. In 2012, the District Chapter approved the transfer of membership of these works from the Trustees to the LMC.

In recent months, a restructure of the LMC Directors has occurred as it prepares to assume additional responsibilities in the District. Merv McCormack, Executive Director of the LMC said, "The process that has led to the transfer of membership has been a very thorough one- professional, collaborative and transparent in engaging all relevant stakeholders and legal advisors,' concluded Merv. 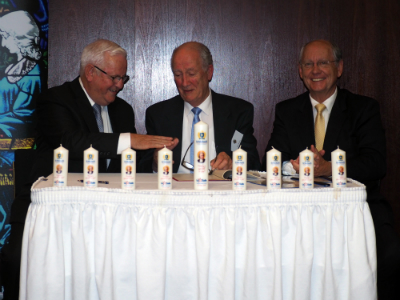 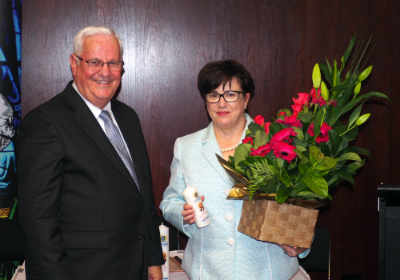 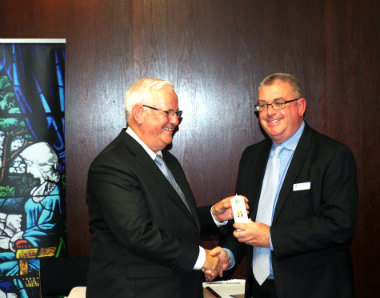 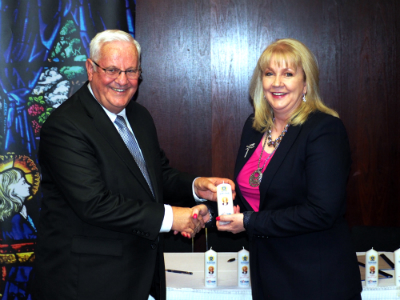