We pray for the eternal rest of Monsignor Brian Arahill 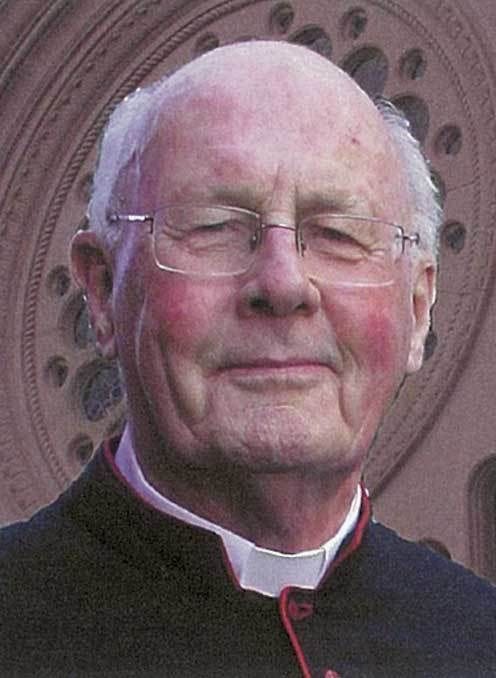 We pray for the eternal rest of Monsignor Brian Arahill , Affiliated Member of the Institute and Priest of the Auckland Diocese

Brian died overnight at the Little Sisters of the Poor Nursing Home in Ponsonby, Auckland.

Across the Catholic Diocese of Auckland, Monsignor Brian Arahill was widely known and respected for the great contribution he made to parish life over nearly six decades.

During his 25 years as parish priest at St Michael's in Remuera, Monsignor Brian earned widespread praise and affection for his strong pastoral approach to his ministry and for his outreach to the marginalised, including those affected by addiction.

He also spent 18 years as Administrator at St Patrick's Cathedral in Auckland where he worked as Director of Liturgy and as a Member of the Diocesan Vocations Team.

One of the highlights of his time in this role was stepping into the challenging task of coordinating the national liturgical celebrations for Pope John the Second's visit to New Zealand in 1986.

Monsignor Brian has felt a strong affinity with the De La Salle Brothers over many decades which began when he was asked to fill in for the Bishop of Auckland at a confirmation mass at De La Salle College Mangere.

The funeral for Monsignor Brian Arahill will be on Friday September 20 at 11.30am at St Michael's Remuera.

May Brian rest in peace.