We say goodbye to Peter Cartwright 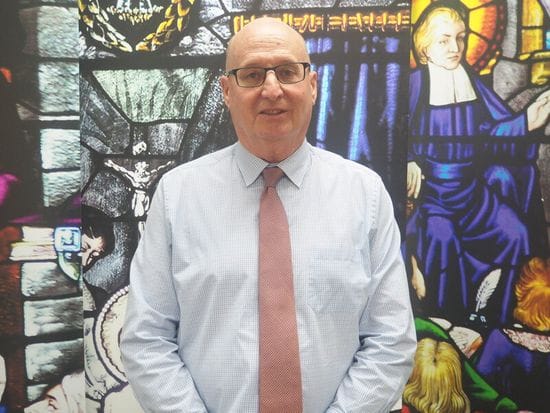 Peter Cartwright commenced working at the former Provincialate in Kensington one half day a week in 2003 and later that next year was employed as Director of Finance on a fulltime basis. This commenced seventeen years of outstanding service based at Bankstown with the De La Salle Brothers and the Lasallian Mission throughout the District of Australia, New Zealand, Pakistan and Papua New Guinea.

While Peter had worked with several women's religious congregations prior to coming to the Brothers, he was on a steep learning curve when he commenced. He knew that Sisters lived in convents but when he heard for the first time that Brothers lived in communities, he was a bit worried that he was joining an outfit that leaned towards communism!! And it did not take him long to realise that professional standards had nothing to do with deportment!

There are probably many records one can attribute to Peter but commuting between Canberra and Sydney for 20 years clocked up thousands and thousands of kilometres and he was only late for work once due to a traffic accident in which he was not involved.

Over time after staying overnight in hotels, Br Gerry and the community at Bankstown took Peter under their wing and he would regularly stay a few nights with the Brothers and LV's who made up the community. Peter displayed a deep respect for the Brothers, and they enjoyed having him around. One Brother remarked; "Peter exhibited respect for the rhythms of our community life giving us space when it was required. While not a Brother he was a brother to us, a man exhibiting empathy and compassion. Peter showed a genuine interest in our lives." In fact, he was such a valued member of the community that on one of the Visitor's visits to Bankstown, the Brothers requested that Peter be named an associate of the community and his name added to the District Directory as one of the Bankstown community.

As Director of Finance Peter worked with Brothers Ambrose, Mark and David as Visitors and with Br Chris as District Bursar, Auxiliary Visitor and Acting Visitor. All would attest to him being dedicated, committed, hard-working, extraordinarily generous, loyal, prudent, supportive, affirming, scrupulously honest and a fearless advocate of integrity.

There were many innovations under Peter's watch: The Community Fund, community GST refunds to support the mission, incorporation of LMC, yourtown and the colleges, rentals based on the private income of institutions, and a robust investment strategy. He also served admirably as Company Secretary of the incorporated bodies.

With the inclusion of Pakistan as a Sector of the District in 2012, Peter played a lead role in setting up robust financial accountability and reporting structures in the Sector. Likewise, he conducted financial analysis exercises in the Sector of Papua New Guinea and was a respected consultant elsewhere in the PARC Region, particularly in the Delegation of India.

When asked; "What are you going to do in your retirement?" Peter's response was not what one usually hears when a similar question is popped to people about to retire. He did not say spend more time with the grandchildren nor get the chores done around the house that Thao keeps reminding him about. It was not play golf or bowls! Peter said that he plans to volunteer. He hopes to volunteer in an organisation that responds to people in need in our society. That intention speaks volumes about him.

The District appreciates Peter's extraordinary contribution over many years and wishes him and Thao well with God's blessings in the years ahead.

Bradley Johnson has been appointed as Peter's successor. We welcome Bradley to the La Salle Centre team.