Home >  Blog >  What is happening in South Sudan?

What is happening in South Sudan? 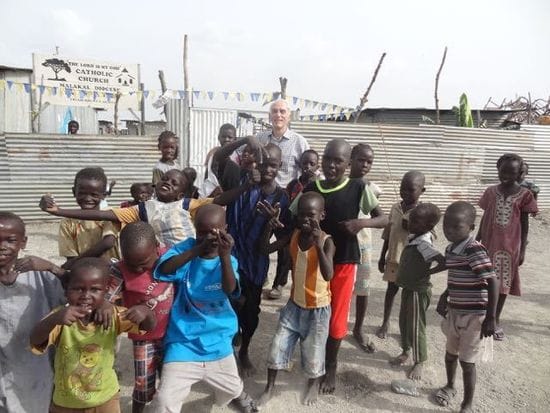 What is happening in South Sudan? To answer that question I quote excerpts from an insightful report recently published (REPORT from US Institute of Peace, Published on 22 Feb. 2019 by Maria J. Stephan; Nicholas Zaremba)

According to the deal, the armed forces must be unified, and a transitional government should be formed by May 2019. However, at the midway point, the agreement's implementation is facing many challenges including: a general lack of funding needed to carry out reforms; little progress on the reintegration of armed groups; military offenses against non-signatory groups; reports of assaults on peace monitors; and localized violence including the detestable accounts of mass rapes in Bentiu. The peace deal is being implemented amid an ongoing economic crisis and widespread food insecurity. As a result, many displaced South Sudanese feel that it is unsafe to return home.

Nonetheless, there is hope among South Sudanese that this agreement will finally bring about peace and there have been some positive indicators. For example, some prominent opposition and former cabinet members have returned to Juba. The government has also released some political prisoners and is taking steps to create key institutions like the National Pre-Transition Committee, the National Constitutional Amendment Committee and the Ceasefire and Transitional Security Monitoring and Verification Mechanisms. Furthermore, there has been a marked decrease in violence in conflict-affected areas.

However, the prospects for sustainable peace in South Sudan will be strengthened if the country's civil society and grassroots leaders mobilise to ensure that their visions of a peaceful South Sudan are integrated into the peace process. Fortunately, this is already happening. Amplifying their nonviolent activism and supporting their efforts to organise strategic coalitions, campaigns and movements should be a priority of external actors seeking to support peace backed by justice and inclusion in the country..

True peace will not come to South Sudan merely through a top-down, negotiated agreement by political leaders, but rather in an environment where citizens can wield collective power to press for reforms that will foster peace, South Sudan's civic space is among the most limited in the world. There is little press freedom, critics of the government are repressed, NGOs are heavily monitored, and any meeting is subjected to be attended by security forces. On July 28, nationally known economist and peace activist, Peter Biar Ajak was arrested and detained after challenging the South Sudanese leadership. Now his lawyers are worried that his life could be in danger due to accusations of treason. However, South Sudan's increasingly engaged civil society has taken action, calling for him to either be released or brought to trial.'

Our Solidarity initiatives continue to thrive. Incoming Executive Director, Fr Jim Greene MAFR, is here preparing to take over from me in six week's time. This weekend, Jim has been in Malakal where one of our members, Maryknoll priest Mike Bassano, has been living and working as a chaplain in the POC camp among the displaced people for five years. This is the Church I see, a Church that reaches out to the poor and needy. It is far from perfect. There have been disgraceful events, but let us be aware of the great good as well as the appalling failures.

As I write, the Pope has called together almost 200 Church leaders to consider what he calls 'the scourge of child abuse by clerics'. Yes, child abuse requires strong action, but sometimes media attention to this 'scourge' seems to me to be out of all proportion to the Church I know and the service it delivers. That child abuse should have no place in the Church goes without saying and it an obvious necessity to develop preventative protocols and procedures, but it is wrong to judge any profession by its worst aberrations as many in the media seem to do.

Recently, I was at the table with three other seventy-five-year-old Solidarity members. I have been in South Sudan for nearly ten years, but I found myself thinking that I may be the oldest of this group, but I am the 'baby missionary' among them.  We were celebrating the birthday of Maryknoll priest, Fr Tom Tiscornia, from the USA. He has spent most of his life in various African missions and is fluent in both Arabic and Swahili, the most widely-spoken languages in this part of the world. Another Solidarity member from the US, Sr Annette St Armour IHM, a catechetical expert, has just completed five years in South Sudan after more than 30 years as a missionary in South Africa. The third member of this group of seventy-five-year-olds, Sr Barbara Paleczny SSND, is from Canada. She has two Doctorates, has written many books and leads In-service teacher training programmes as well as training others to give trauma healing workshops. She has been here more than ten years but has also worked in South American missions as well as other places where her many talents can be utilised. Me, I cook and coordinate: I am good at getting others to work! I assert that we, and many others, are the real Church. There are almost five hundred missionaries in South Sudan coming from many different countries welcomed by the people who appreciate the services we deliver and the gospel message that we bring.

Among our Solidarity members, Sr Dorothy Dickson from New Zealand is an RNDM Sister who has also spent more than 30 years in some of the most remote place places in Africa. She learned to communicate in French and Arabic as the situation required. Her fellow RNDM Sister from NZ, Margaret Scott, has been the principal of our Solidarity Teacher Training College in Yambio since it began. Before that, she was a missionary to the aboriginal people in the Kimberly region of Australia. Two other RNDM Sisters, Josephine Murugi from Kenya and Rosa Le Thi Bong from Vietnam, have also been here in South Sudan for more than ten years. They are the Church. Years ago, I knew their congregations as one running the schools, Sacred Heart Oakleigh in Melbourne, Australia, and Sacred Heart Girls School in New Plymouth NZ. They no longer do so, having handed those schools on to well qualified laypersons, but they are making a vital contribution here in South Sudan - and in many other places.

Here, in South Sudan, I know many Edmund Rice Christian Brothers. They were very strong in Australia but made the courageous decision to move out of the leadership of most of their Australian schools and open communities and ministries in Africa. They now have a significant young group of African Brothers developing the African missions the missionaries started. The Church is very much alive in Africa. The Irish province of the Loreto Sisters opened a secondary boarding school in Rumbek ten years ago. It has now grown to cater for 300 girl boarders. They also run a primary school for approximately 600 boys and girls. My own congregation, the De La Salle Christian Brothers, began a secondary school for boys last year with 26 boys in Senior One. All completed Senior One and by the end of the year all but three were taller than me! News of good education spreads. Eight days ago on enrolment day, there were more than 400 applicants for 100 places in Loreto and 182 for 40 places at La Salle Secondary. These schools would not exist were it not the for the zeal of the Religious congregations. Nor would they exist without the generous support of donors in distant countries. This is the Church fulfilling its mission. It is good to be part of it.