Approximately 70 Lasallians from across eight Sydney schools gathered at the Australian Catholic University Campus in Strathfield on Wednesday, 23 August, for a Young Lasallians evening.

This event was part of an ongoing series of similar gatherings which commenced in 2016 after a visit from the Superior General, Brother Robert Scheiler.

Senior students and staff representatives from all of the local Lasallian schools came together with their Youth Ministers and LMS Young Lasallians Team to share a meal, build community, and take time for reflection.

The evening also focused on the upcoming International Lasallian Days for Peace (21 September - 21 October). School groups were invited to consider how they might involve their communities in this initiative which the international Young Lasallian community sponsors each year.

After the formal events of the night finished, several Youth Ministers, Share The Mission volunteers, and local alumni continued their community experience by going out for coffee together.

The next Young Lasallians Evening Gathering will be next Wednesday, 30 August, at St Bede's College in Mentone, Victoria. 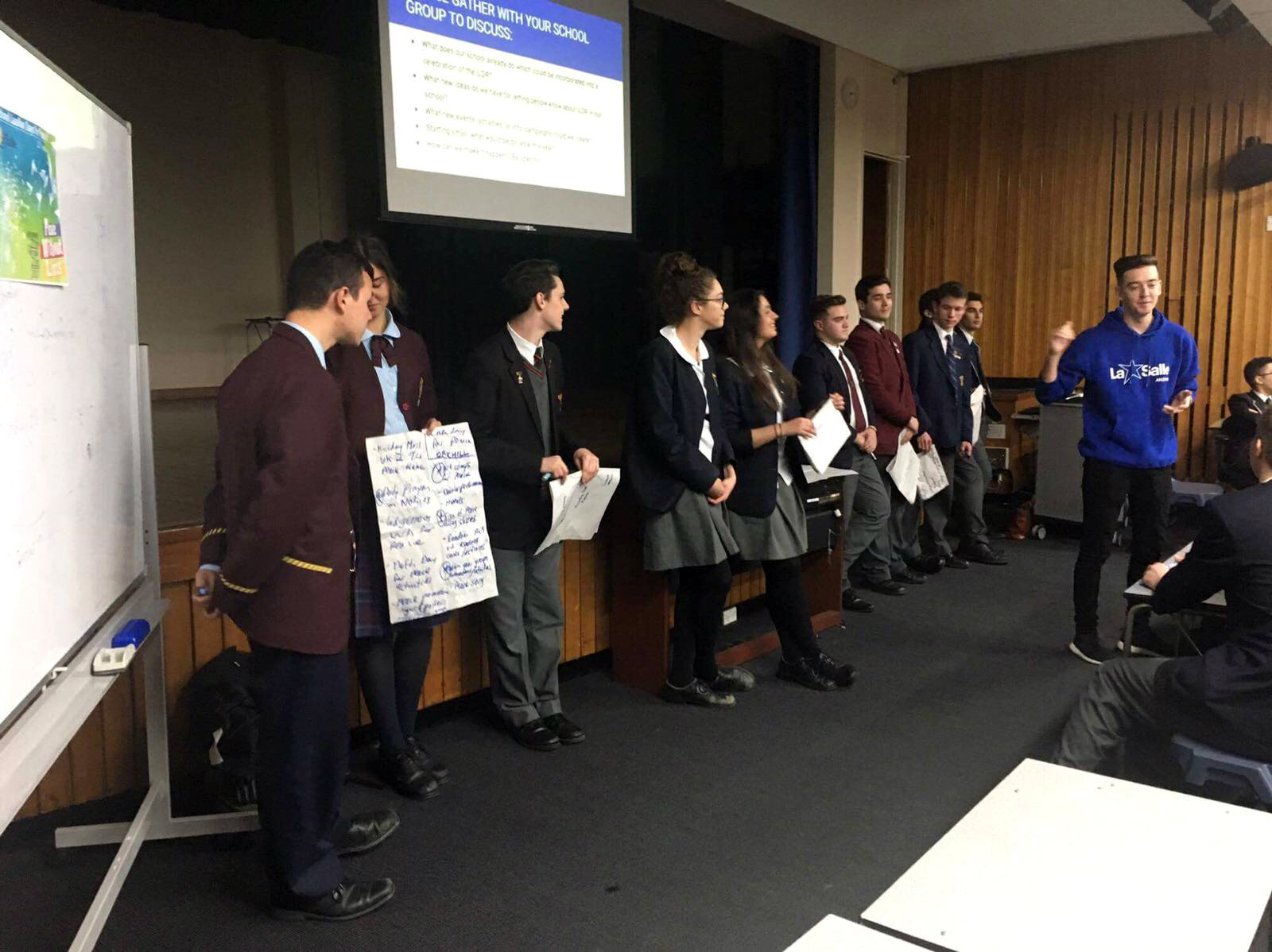