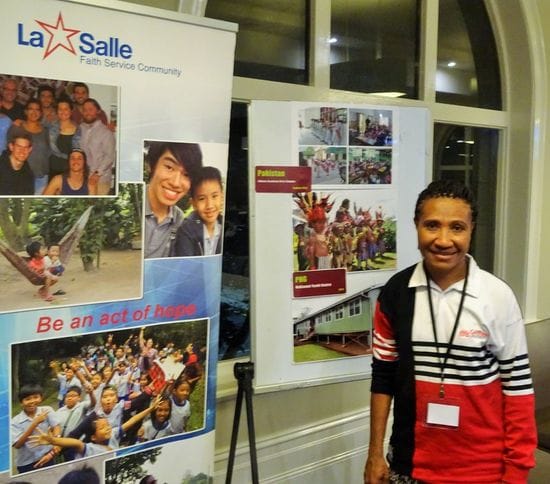 Young Lasallians from Papua New Guinea, Vanuatu, Malaysia,New Zealand and Australia have joined forces in the first ever district conference for the organisation in Melbourne this weekend.

The event has brought together delegates aged between 18-35, most of whom are former students from Lasallian schools, with many of them involved in youth ministry or Share the Mission projects.

There will also be workshop presentations by representatives from asylum seeker advocacy groups, Caritas Australia, the Lasallian Foundation and St Vincent De Paul.

Among the delegates is an aspiring diplomat from Papua New Guinea, Shirley Kaupa (pictured) who is currently undertaking a Masters course in International Relations through Griffith University in Brisbane.

Shirley has been playing a leadership role over a number of years in youth ministry programs in PNG and now wants to draw upon her undergraduate studies in social work and now in political science to help defeat poverty on the world stage.

"I hope to be a United Nations envoy one day", Shirley explains.

"I could help make a real difference for the people of PNG through the diplomatic arena, especially in fighting poverty in my home country".

"At this weekend's conference,I feel very much a part of our district youth movement and it's a great way to network and share all the positive experiences from our volunteer work that unite us as Lasallians, wherever we are", Shirley said.