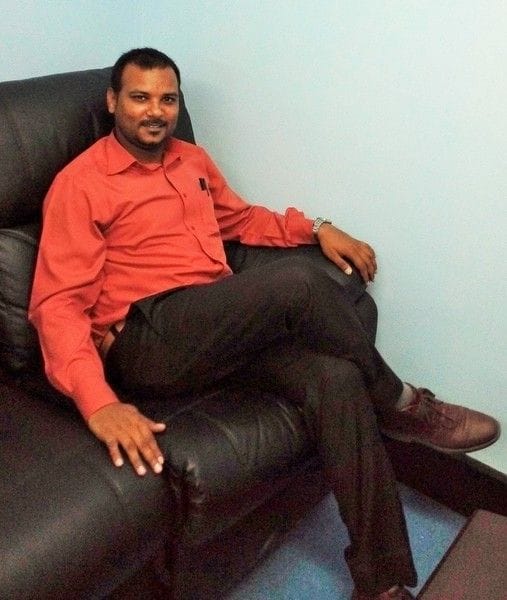 From Faisalabad to Bomana- Q&A with Br Shashi Abrar

Br Shashi moved from the Pakistani city of Faisalabad to work at De La Salle Secondary School in Bomana in August 2015.

He has some interesting insights to share from teaching across two very different countries across the district of Australia, New Zealand, Pakistan and Papua New Guinea.

What have been some of the differences and similarities you have found working in PNG and Pakistan?

I considered PNG a different world before I arrived here. But after I arrived and lived among the people, I noticed some cultural similarities too, such as showing hospitality to guests, giving respect to elders and living in extended families (all the family members live together even though they are married). These similarities have helped me to adjust quickly to PNG culture.

On the other hand, of course, there are some differences between the two countries. Papua New Guinea has over 600 islands and is home to almost 8 million people with over 800 spoken languages and 600 different tribes. It is a country with 65 % Protestant Christians and 35% Catholic Christians.

Pakistan is an Islamic Republic with five geographically connected provinces and is home to about 200 million people with almost 300 dialects and languages.  About 97 percent of the country are Muslims and Christians make up less than two percent of the population.

A lot of schools in PNG are in very isolated areas. How are you tackling this challenge?

Based on my short experience at De La Salle Secondary School Bomana, the youth of PNG are in desperate need of education. Over 70 percent of the population is unemployed. After having listened to the views of local people I have come to the conclusion that the main focus of the PNG government is to develop an educational system in the cities. This means the schools in isolated areas are being ignored.

What are your hopes now for the Lasallian Family in PNG?

There is a lot of positive work being undertaken here across Youth Ministry, Mission, Formation, Finance and Communication.There are strong professional development programs for teachers, fundraising and youth activities. My main hope for the Lasallian family is that our zealous commitment to Lasallian apostolate will leave a hugely positive impact on the lives of youth in PNG. Producing quality youth means stepping towards a bright future; and this is what we all are hoping for.