This is the third article on the history of the 75 years of the De La Salle Brothers and Partners’ work in education. It takes up their contribution to the nation in training teachers. The first excerpt 1946-56 mentioned the teaching college for young local men on Yule Island, centre of the Catholic Church mission in 1948. Today there is a presence in Teachers Colleges in Bomana NCD and Mt. Hagen in the Western Highlands

The Brothers’ Mission began as schooling of young men in the basics, so they could eventually work as catechists in the Christian missions. With their well-honed knowledge as teachers, it was natural that their work would extend to teacher training, promoting high standards, at a time when PNG was grappling with the challenges of independence. Over the years, young Melanesian graduates have helped progress much-needed literacy in the more remote areas of the country. This result, also, was always an aim of the Lasallian mission -outreach to the most marginalised and disadvantaged people of the nation.

By 1952, a local government inspector could praise what the four pioneer Brothers had achieved in four years, in training young men for village teaching in Catholic communities on the mainland. Four years later, a fulltime course had begun. By 1960, a separate Our Lady of the Sacred Heart (OLSH) College for women with Principal Sr. Regina was established. Another four years saw the two colleges amalgamated into a co-educational teacher training facility. This was very innovative in a traditional patriarchal culture. Pioneer Br. Columban was later followed as Principal by Br. Leo (John) Cleary in 1966.

Br. Leo said the philosophy was that “the best teachers, generally, were those born and bred in the culture”, albeit with a multitude of student language groups. That mindset was not always prominent in many missionaries’ actions. With 93 enrolments in 1971, Bishop Klein helped finance and plan extensions, together with a Government grant. However, an inspector reported inadequate facilities. Concurrently, Catholic authorities were reluctant to close any of its five teachers’ colleges in any rationalisation planning. With a bombshell decision, the Acting Diocesan Head, Fr. Fraix, MSC, announced in July the closure of the College at year’s end, citing its drain on finances.  Uproar of students and “tense weeks followed” according to Br. Leo; angry protests to Mission authorities ensued. Teacher graduates from 1964 to 1971 were 202 women and 225 men.

Thus ended fifteen consolidating years by the Brothers, in fulfilling their original purpose in their mission – the education of teachers. Philip Cahill* in his historical memoir, noted the excellent results in the public examinations, and the recognised dedication of graduates. Years later, the fruits of their work could be seen in a good and faithful number of ex-student teachers in Central Province participating in yearly religious retreats led by Br. Leo. 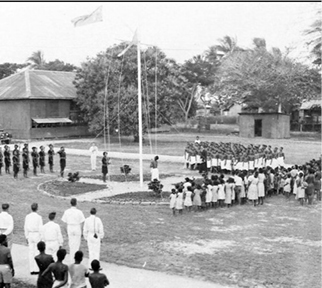 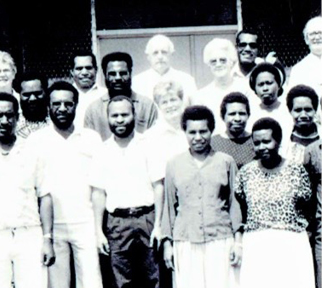 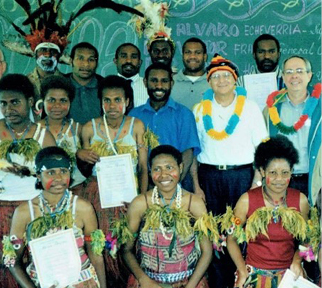 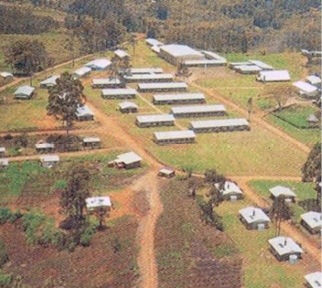 In the early 1970’s, with independence looming, there were strong moves to localise education, with the Weedon Report. Br. Justin Joyce, previously Principal at DLS Bomana, had from 1968 been appointed as Mission Education Officer (MEO) for the Pt. Moresby archdiocese – with control of schools and teachers, new openings and inspections. He then was appointed an inspector of Catholic teachers, who could apply for and now draw the same salaries as indigenous teachers. Rosary College Kondiu, under

In the later 1970’s, DLS Mainohana was chosen as one school in the Secondary Schools CommunityExtension Pilot Project (SSCEPP) to identify employment and development in rural areas. Mainohana’s technical and agricultural skills learning for senior students was already progressing the project’s aims to lead post-Year 10 boys back into their communities for employment.  Such appointments, which later included Br. Brendan Crowe, Ed Becker & Bede French as MEO’s in Catholic diocesan education, highlighted the reputation of, and esteem for, the calibre of the De La Salle educational training contribution.

The College was begun in the mid-60’s, under Mr & Mrs Meere. In 1979, the Brothers created a small community in the Highlands, and Br. Edward Becker became Acting Principal of the Trinity Catholic Primary Teachers College in Mt. Hagen (HTTC). (It served several provinces). In his history of the Brothers’ Institute, Peter Donovan calls this Brothers’ involvement “one of the more significant developments”, citing the Provincial Br. Quentin’s belief that teacher education was the policy to offer the best service to the new nation.  Br. Patrick McInerney, a Maths lecturer, was one of many Australian Brothers, over the next couple of decades lecturing in mathematics, sciences, art, religious studies, music, or being in charge of finance, the library, practical teaching stints, or as dean of students. The Irish Br. Ambrose Gwynne taught music.

There was a close partnership and sense of community built up with women religious on staff with the Sisters of Mercy (from 1969), those of Notre Dame, Franciscans and the Holy Spirit. These strong women emphasised the importance of training female teachers. Br. Peter Gilfedder, a later Principal for several years in the 1990’s, worked closely with deputy Sr. Agnes Murphy, RSM.

Br. Rick Gaffney describes the presence of Brothers there: “The dedication of my fellow lecturers in their determination, not to only educate their students, but also form them as teachers so that they would see teaching as a vocation…The students themselves were an inspiration, often living at college a long way from their homes and families. (There were)…many sacrifices they were prepared to make to become a teacher”.

The activity of one Brother – Ignatius Kennedy- at HTTC, was very significant: he gradually established an ad hoc network of ‘Lasallian Teachers’. As a Religion lecturer, then a committed mentor, he inspired interest in Lasallian spirituality for teachers. Whether it was giving religious formation, providing young teacher graduate resources, or chasing up their salaries from the Department, he formed the foundation and impetus for the present-day Lasallian Family Association of hundreds of remote / regional teachers

As mentioned by Cahill, it became a pattern in the Brothers’ work in the late 1980’s and 1990’s to put more emphasis on their training and accompaniment of several youths drawn to their way of life. This was fully in in step with their tradition, and a definite policy, i.e., to hand over the education they were providing to local men. The Mt. Hagen Brothers’ community from 1979 had allowed for the on-going placement of young teacher-trainee Brothers. Br. Patrick, a veteran of 23 years in PNG accompanied some of them.

By the later 1980’s there were up to 12 National Brothers as primary school or elementary school teachers. However, none of the Brothers’ communities was specifically established for a primary school ministry. Therefore, National Brothers often had to travel each day to get to their Community School or Elementary School where they were working. National Brothers themselves looked at various options, recalled Br. Rick. Communities and schools at Kagua (1982) and Mun (1999) were examples of accommodating this need. Sadly, all National Brothers found the Melanesian culture and Western religious life incompatible for them: this was one factor for their discontinuance.

One other creative attempt to encourage educational service, mentoring and training for several young men, interested in the Brothers’ life, was the Tok Ples Elementary Schools Project, initiated by Brs. Brendan, Bede French and later Phillip Elwin,  in the 1990’s. It was an outreach to about 10 settlements in the NCD. Needy unschooled children were taught reading and writing. It operated for several years. The drastic need was to help extend literacy and numeracy especially in rural or remote regions, but also in the burgeoning Capital region.

In the clear policy to indigenise the Lasallian footprint in education, and promote National Brothers as leaders, the history of Br. Peter Keaga stands out (cf. also previous articles). Peter’s local educational qualifications, his strong identity as a Brother, and his long-time presidency of the PNG Teachers’ Association gave him a strong national profile. He was Principal, also, of DLS Bomana from 1975-80. These qualities spoke clearly about the embedded nature of the Lasallian mission in PNG.'