History of the Pakistan Sector 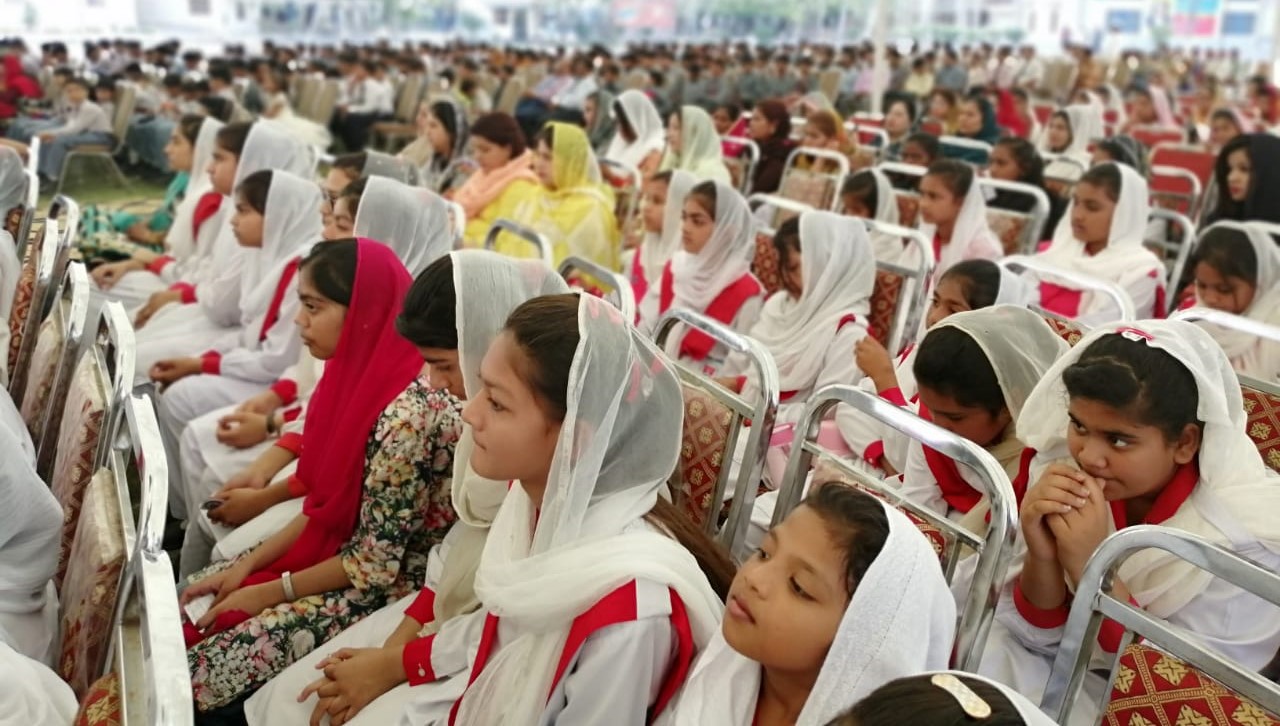 The Lasallian mission in Pakistan was the last Sector to be incorporated into the District of Australia, New Zealand, Papua New Guinea & Pakistan in 2012. Originating in Sri Lanka, three pioneer Brothers, Harding, Caesar & Oliver – respectively from England, France and Sri Lanka- began in 1960 a secondary school, largely for Punjabi Muslim boys in Multan.

Initiated, as usual by a Catholic bishop, it was coupled with several other foundations within a decade. There were schools for richer Muslim and poorer Christians in present-day Faisalabad, boarding hostels and small schools in Mian Channu and Khushpur for poorer rural boys, an innovative catechetical training centre also in Khushpur, and a trades school in Karachi, Sindh province. Striking features were the expertise of these foreign religious schoolmen, their learned ability to work in a multi-faith environment, and respect for the indigenous culture. Their foundations quickly-established a reputation for leadership within the local Catholic Church, and its presentation of the Gospel. A large school in Gujranwala is also now administered by Brothers.

From 1971, (when two schools were lost to them by Government nationalisation) until 2000, there were challenges and eventual stability for Brothers in this mission, as a Sub-District. The two English-Medium high schools in Multan and Faisalabad were strikingly successful; with solid fee-paying by Muslim boys, it allowed the Brothers to fund and give scholarships to very disadvantaged Christians, and to support two Urdu-Speaking schools - Albans Academy and Campus 2 Faisalabad. Several Brothers had the benefit of overseas study and development, largely financed from the Sri Lankan District, including Brothers who gave up to forty years of service – Lawrence, Dennis, Herman, with the esteemed Caesar, Harding, Baptist and Emmanuel also bringing great dedication and professionalism, among 40-odd Brothers overall from Sri Lanka and Europe.

Many prominent alumni have come from Christian schools; the former Prime Minister Syed Yousaf Raza Gillani studied at DLS Multan. By 2000, the Sub-District, a largely independent off-shoot of Sri Lanka, could boast several new “Supervised Schools” for very marginalised youth, including -importantly – girls’ education. Up to 7 of these “sister schools” existed. The students continue to come from families who struggle to pay tuition fees and have very basic services. As the numbers of foreign Brothers decreased, young Pakistani Brothers joined, but not overly-successfully. The Mission’s identity came into question, and ultimately the Australia New Zealand & Papua New Guinea District supported the desire for the Sector’s integration.

Accolades today are given for this critical Church mission in catechetical training, high involvement in girls’ education, continued supervision of poorer “Sister Schools”, and a strong recognition of the Lasallian Shared Mission.  The Sector boasts 20 + Brothers with a median age of 31 years. There are thirteen Lasallian institutions in Punjabi Pakistan.