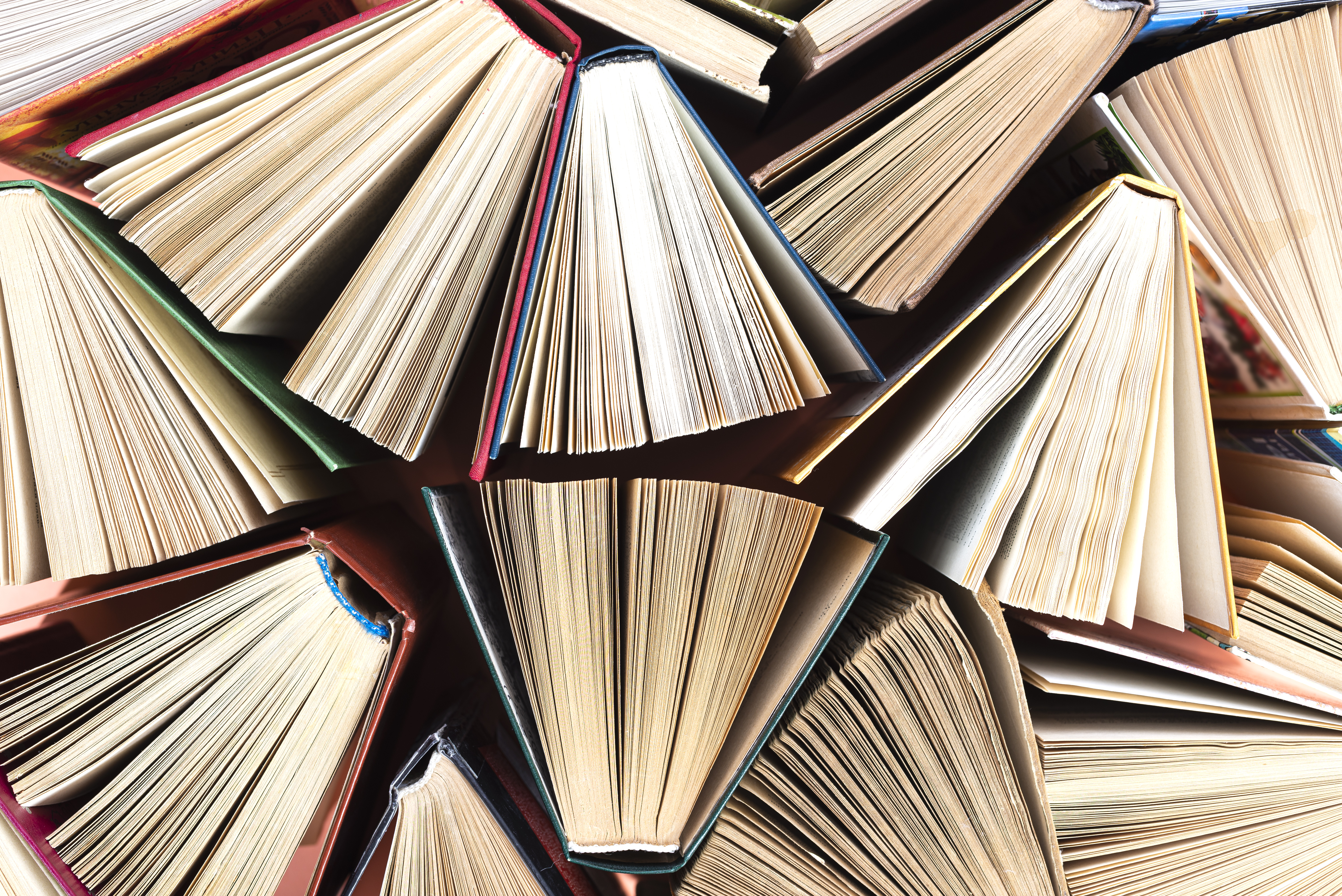 The revived e-magazine is here! Mambu Magazine was first published online in 2008, with the inspiration of the renowned missionary, Br. Ignatius Kennedy who promoted the Lasallian Family network in Papua New Guinea. It became a critical sharing point for the widely dispersed teachers in remote schools and the cities in this Lasallian Sector. More and more teachers took inspiration from the Lasallian tradition. These teachers had mainly graduated from Holy Trinity Teachers College, Mt. Hagen, which the Brothers led, and where they  had worked and lived since 1979. The publication continued till 2016, and is now returning stronger than ever.

Why "Mambu" as a title? It is the local word for "bamboo" in Papua New Guinea. The bamboo plant has been a basic resource over thousands of years for self-sufficiency in village life. So bamboo was chosen as a symbol of the PNG Lasallian Family. Joined with the Lasallian Star, which proclaims our faith in God, these symbols show, says Grace Wrakia, the National Co-ordinator, that "the Family" is growing strong and resilient in connecting Lasallian schools and Christian teachers right across a rugged, fertile country.

Grace points out that just as the mambu is valued for its strength, its many varieties, and an ability to grow anywhere in the country, local Lasallian teachers bring the Good News of Christianity to a myriad of local settings, with a spirit of faith, and an adaptability to local needs. Bamboo has many uses - building houses, making floors, fences, animal pens, hunting bows and arrows, and knives, as well as carrying food and water. Papua New Guinean Lasallians are seen as "resourceful, adapting to new ways of living and ministering, as the world grows more complex. They enrich their schools in many ways, striving to be strong, valued Christian educators".

"Mambu" will give stories, reports, reflections and pictures from all over the great tropical nation. For the local Lasallian teachers, it aims to be a symbol for PNG Lasallian identity, and a bridge to District knowledge and networking. The audience is local- and global!... but especially as a resource to remote teachers, and to all those who wish to appreciate more the living Lasallian mission. It will be e-published twice a year. 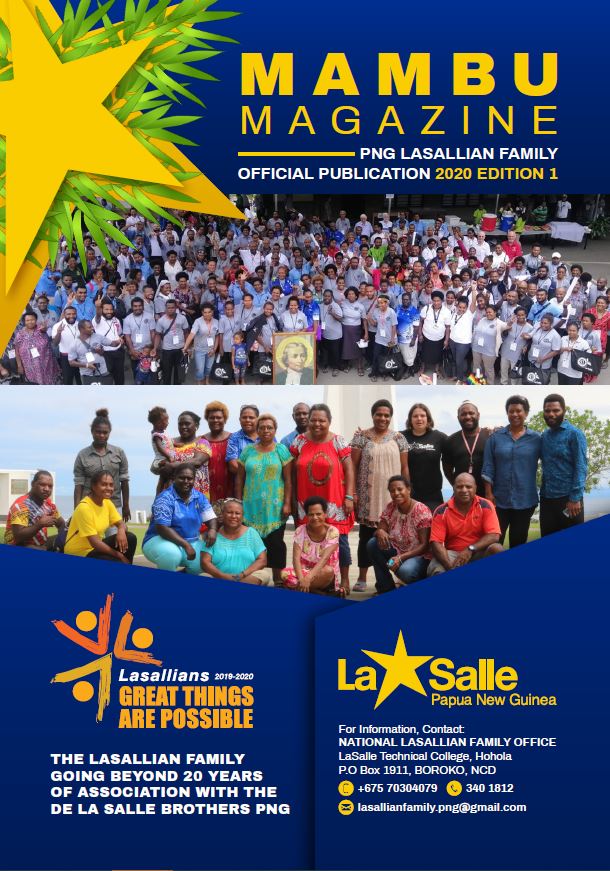 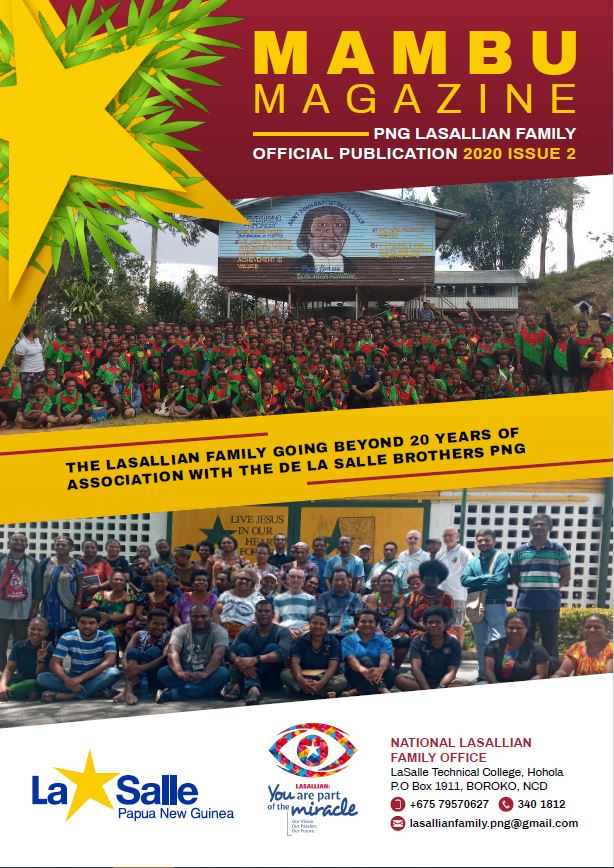 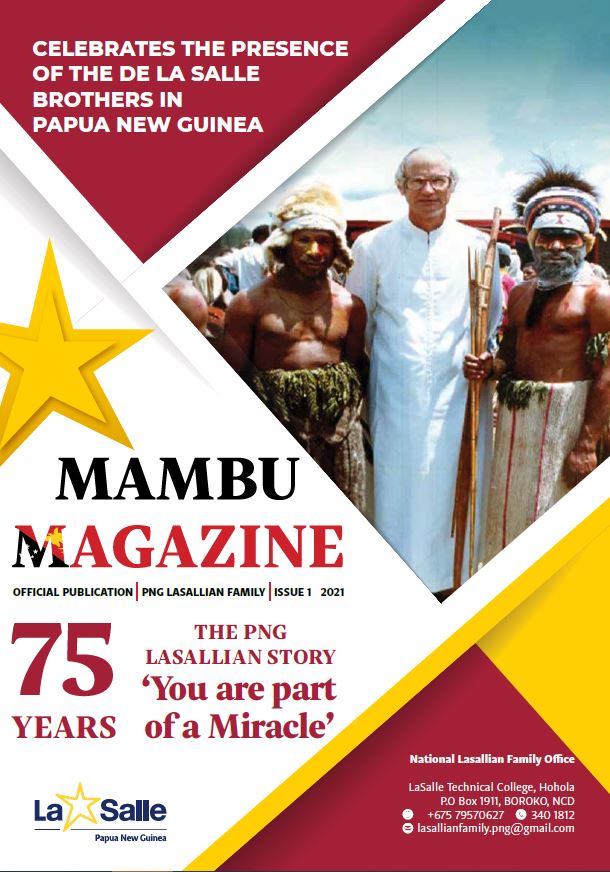 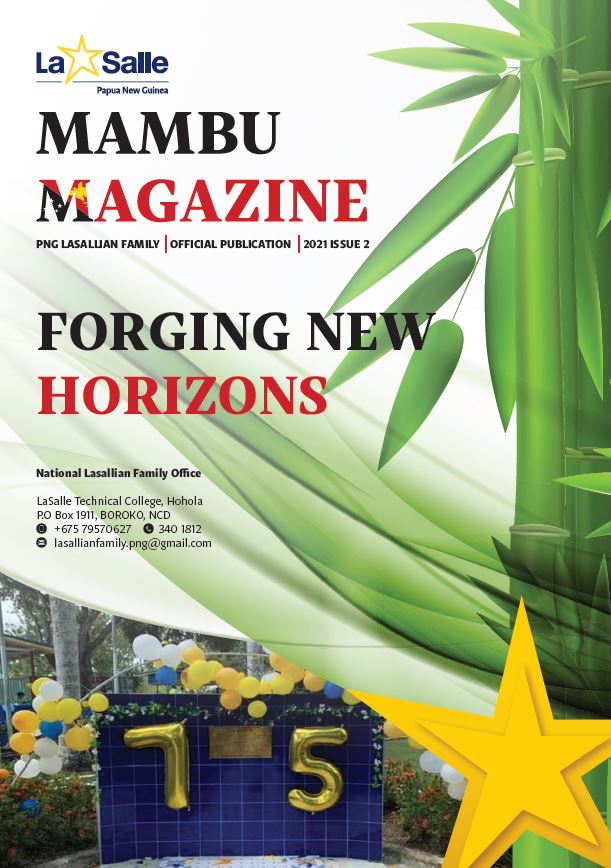 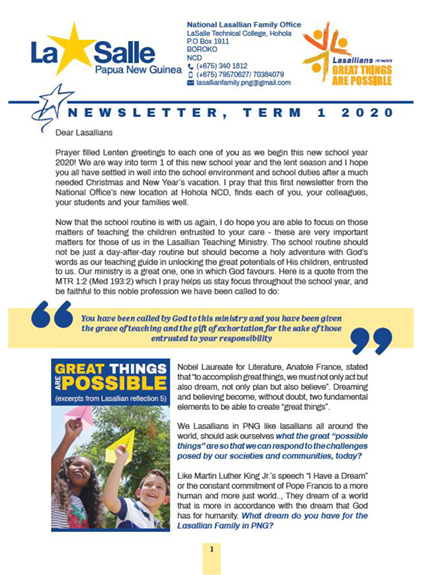 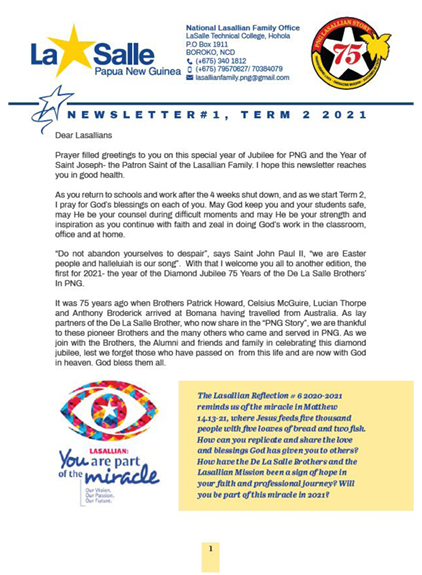 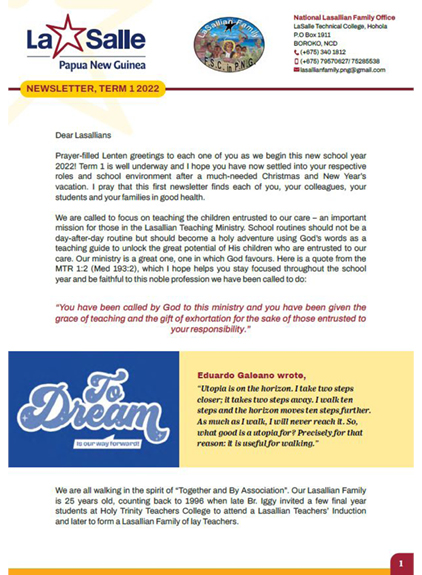 Youth from the Margins

History of the Sector